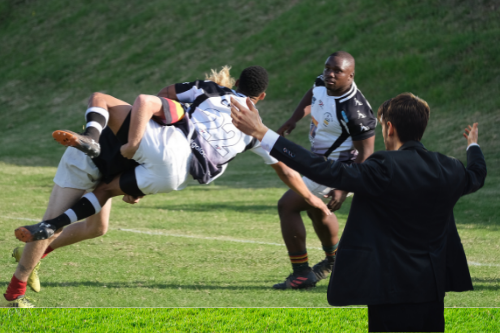 A 20-year trend in youth sports is teaching coaches how to create a healthy psychological environment for their athletes. However, it is also important to educate parents so they can support and complement the efforts of trained coaches.

How can parents unintentionally become a source of stress for young athletes?

All parents identify with their children to some degree and therefore want them to do well. Unfortunately, in some cases, this identification is overdone, and the child becomes an extension of the parent’s ego. When parents over-identify with their child’s athletic performance, they begin to define their own self-esteem by their son or daughter’s successes or failures.

A father who is a “frustrated athlete” may try to experience through his child the success he never had as an athlete. A parent who was a star may be resentful and dismissive if the child does not achieve a similar level of performance. Some parents thus become “winners” or “losers” through their children, and the pressure placed on the children can be extreme. The child must succeed, or the parent’s self-image is threatened. When a parent’s love and approval depends on how well their children perform, sports inevitably involve stress.

What can adults do to combat performance anxiety?

What were the research methods?

The 151 participants were 84 boys and 67 girls who played in two different basketball leagues. The average age of the athletes was 11.6 years. The coaches in one league (an experimental group) participated in a workshop Prof. Smoll developed on the Mastery Approach to Coaching. The content of the workshop emphasized skill development, achieving personal and team success, giving maximum effort, and having fun (see Smoll & Smith, 2015).
In addition, parents of youth in the experimental league participated in a workshop on the Mastery Approach to Parenting in Sports. The program taught them how to apply mastery principles and how to reduce their children’s performance anxiety. The coaches and parents in the second division (a control group) were not offered either workshop.

What were the results?

The pre-season questionnaires showed little difference in the level of performance anxiety among youth in the two leagues. However, at the end of the season, athletes who played with trained coaches and whose parents had attended the Mastery Approach workshop reported that their stress levels, worry, and difficulty concentrating on the court had decreased. Players in the other league reported that their anxiety levels had increased over the course of the season.

The findings showed that a combined educational approach helped coaches and parents create a championship-oriented climate. In this context, we never ignore the importance of winning, because it is an important goal in all sports. But a mastery approach puts winning in a healthy perspective. As a result, young athletes exposed to the Mastery climate worried less about their performance and were able to focus better while playing.

A central component of the Mastery approach is the notion that success means putting forth maximum effort and becoming the best you can be. Coaches and parents are therefore encouraged to adopt a four-part philosophy of winning (Smoll & Smith, 2012, pp. 29-32):

1: Winning is not everything, nor is it the only thing. Young athletes cannot get the most out of sports if they think the only goal is to beat their opponents. As mentioned earlier, winning is an important goal, but it is not the most important goal.

2.Failing is not the same as losing. It is important that athletes do not view defeat as a sign of failure or a threat to their personal worth.

Fear of failure is an athlete’s worst enemy, and athletic competition can easily induce this type of anxiety. The encouraging thing is that educational programs for coaches and parents can give them the tools to reduce the pressure and increase the enjoyment of sports. And an added bonus is that athletes who do not fear typically perform better. When coaches and parents are taught stress-reduction principles, they can be a winning combination for kids.