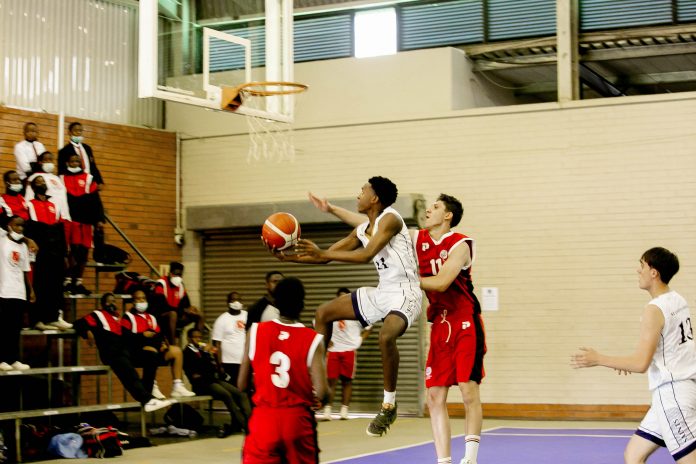 The eagerly anticipated City Derby resumed competitive action this weekend after a full 18-month hiatus. With the matches starting on Friday afternoon in the water polo pool and continuing on the courts and fields on Saturday – there were 26 games in total, a number of them hotly contested. While the Saints won four of the five senior basketball games, the visitors won all the junior games; and it was the reverse on the cricket field with Saints claiming the lion’s share of junior cricket matches, with their only senior age group victory being on Goldstones in the 2nd XI game. The full set of results can be accessed here:

Ultimately, it was a great day of schoolboy sport in the city and congratulations must go to our visitors for their 1st team performances. The basketball and cricket flagship team games were reported on as follows by the respective head coaches, Darren Holcomb and Murray Cole-Edwardes:

The local derby game always brings heightened spirit and Saturday’s clash between the two schools was no different. Despite the limited number of spectators due to COVID restrictions, the small crowd did their bit to make the players feel appreciated.

Meeting for the third time this season and with both teams having a victory under their belt, Saturday’s clash was for bragging rights in 2021. Although the home Saints team was confident at the outset, it was Maritzburg College who applied the early pressure with their aggressive attacking style. Despite the defense, the visitors were able to repeatedly get to the rim which gave them easy shot attempts. Further, their offensive rebounding was spectacular and provided many second shot opportunities. Despite the pressure, St Charles College was able to execute their gameplan and entered the half trailing by 3 points.

With everything to play for, Maritzburg College was able to continue putting the Saints under pressure and maintained a small lead throughout the second half. Despite their efforts, St Charles College was unable to respond effectively to the full court pressure and ultimately went down 61 – 52.

Despite the disappointing performance from the home team, St Charles College have little time to dwell on the loss as they take on the top basketball team in the province this coming weekend in what will be the final stayer’s game of the season. 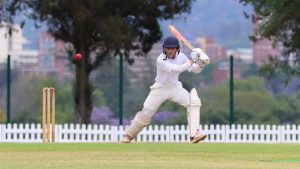 The ‘City Derby’ was poised to be one of the great match ups of the season. Two evenly balanced teams going head-to-head on the magnificent St Charles College Oval. The hosts won the toss and elected to bat on a ‘belta’ of a wicket. After a planned conservative start, at the 25 over stage, Saints had amassed 88/3 and looking in complete control with our strong middle order still to come. At 34 overs, SCC had managed to get themselves into a commanding position with the score on 140/4 and looked set for a total in the region of 240. However, a quick succession of wickets, including the key wicket of captain Raw, who was in sublime form again, scoring 48, set in motion a batting collapse that ultimately saw the home team stagger to 171 off 45 overs.

Maritzburg College were excellent in their reply and successfully chased down the score with just 2 wickets down. Congratulations to them on their outstanding 8 wicket win and we look forward to reigniting our healthy rivalry in the new year.