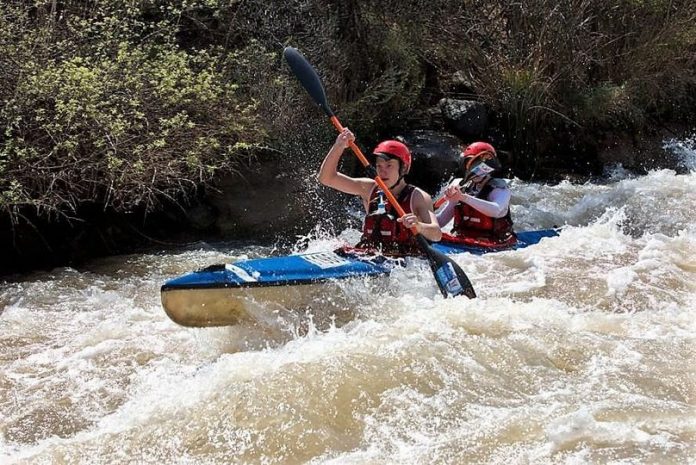 A packed Sunday programme on the dams, greens and waterpolo ponds of the province brought to an end a busy week for Michaelhouse athletes competing in eight different sporting codes.

On Saturday Michaelholuse enjoyed a full set of cricket and basketball fixtures against old rivals, DHS.

The weather had the final say in the premier cricket fixtures which were contested in Balgowan. Having chipped in with 63, House’s first XI skipper Adrien Fisher would have felt that his side’s 251/9 (Jeremy Foss 61*) was enough for a win. Heavy mist, followed by persistent drizzle rescued the visitors who were on 38/3. The sheen on Tom Baguley’s 50* and Hayden Hewlett’s 55* for the U15A and U14A teams respectively was also dulled by their matches having to be abandoned before results could be recorded.

Overcast and windy conditions luckily didn’t impact results in Durban where Kamo Rathepe’s 7/34 in eight overs ensured the seven wicked win for House’s second XI. Murray-John Pitt’s 65* for the thirds and Jack Martin’s destructive 62* off 28 balls for the fourth XI were pivotal in their teams’ victories.

Kevin Robert’s 45 with the bat wasn’t enough to steer the U15B team to victory, falling an agonizing five runs short in the chase; while in the C side clash Sean Robinson’s 58 off 59 and Tristan Ratsey’s 2/3 off four overs, including a maiden wicket, ensured the win for their outfit. In the U14s, it was a win for the B team and a loss for the Cs.

The Michaelhouse Basketball Club remained in overdrive winning nine of the 12 fixtures including the first team making amends for their narrow loss to DHS in 2020, rebounding with a confident 50-32 win. The U15A boys enjoyed a comfortable 24-12 win while the U14As had to sweat for their 29-28 win over DHS.

Water Polo:
Still in the water, Michaelhouse’s A teams competed in the KZN Top 10 waterpolo festival, where the U14 lads came away with five wins from six starts to place third overall. Their clubmates in the age group above settled for sixth position overall, while the first side finished fourth having graduated to the semis after a belter of an 8-7 win in a penalty shootout over the much touted Hilton College side.

Still against Hilton, the two school’s clashed for the 21st time in the annual Douglas Cup golf contest where Hilton’s seconds came away 9-6 victors, while their firsts enjoyed an imperious 15.5 – 8.5 win despite Michaelhouse’s Kenton Melville scooping a hole-in-one on the 14th in challenging conditions at Boschoek.

Earlier in the week, Hilton retained the annual de Wet Cup in a nail-biting 8-7 win over Michaelhouse’s tennis team.

Down the drag, Michaelhouse cyclist Matthew Carolan crossed the line as the first sub junior finisher in the Illovo Eston Trail MTB challenge.

House’s paddlers remained dominant during the weekend’s Dam to Dam Race on the Umgeni River. The first four across the tape in the U18 event were all in the red and white of the Midlands Club. Jack Edmonds cruised into first overall (and first U18). Just 25 seconds in his wake was Matthew Millward, with Murray Behn three places behind overall and clinching bronze in the U18 race. Jack Shooter who was sixth overall was the fourth U18 paddler home. Rob Butcher who was 19th overall, took gold in the U16 race.

Compiled by Murray Witherspoon head of Marketing at Michaelhouse.