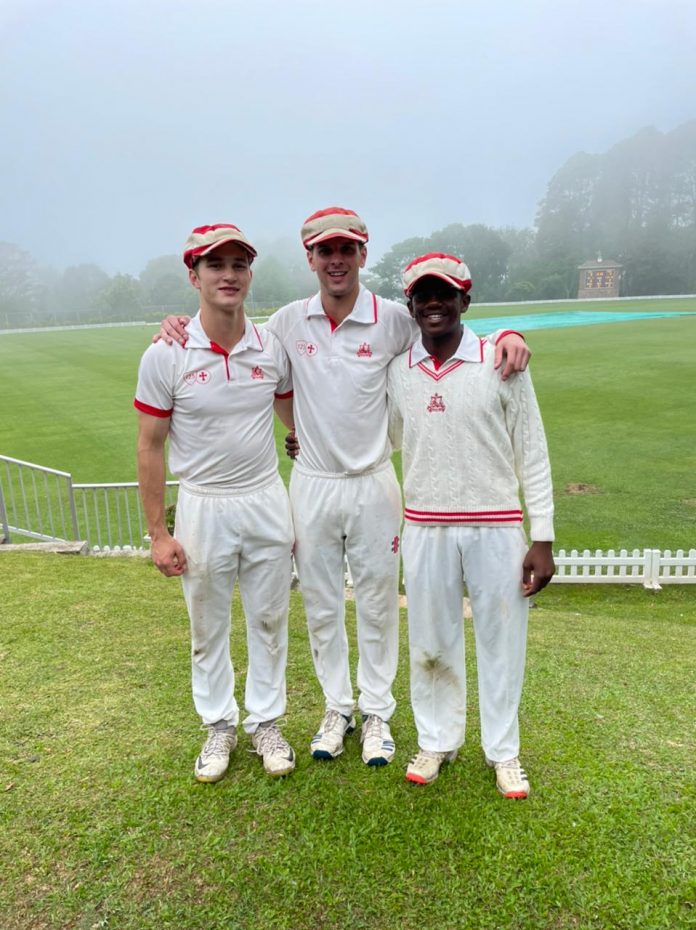 Michaelhouse enjoyed a weekend of great results across the board against Bothas Hill rivals, Kearsney College; kicking off with comprehensive 5-1 and 8-0 wins for the first and second squash sides on Friday afternoon.

The two powerhouses of basketball in the province met in Bothas Hill, where the hosts made full use of their home court advantage claiming ten wins from 15 starts. House’s U14A boys had their good run of wins brought to a sudden end in a nail-biting 31-32 loss, while the U15A lads could only improve on their margin of loss to Kearsney in U14 by a point, losing 22-30.

House’s Matt de Villiers made himself at home bagging a few three-pointers to assert the visitor’s dominance from early on in the first team clash. Kearsney would have been hoping for more on the back of their 1 point loss to Michaelhouse in September but weren’t able to trouble the scoreboard for much of the first quarter. With the wind in their sails House’s younger players cashed in on the team’s confidence with Nathi Kumalo helping himself to two three pointers in the first half of the game. Jordan Baxter was influential in the team’s perimeter defence, and his energy was a hallmark of the first half. The hosts came out more determined on the other side of the break, reducing a 15 point deficit to just three points. Miserly defence and flashes of individual brilliance by Michaelhouse baller Chido Amaonwu, who single-handedly brought the lead back up to ten points, eventually wrapped up the 48-38 win, the third consecutive victory over Kearsney for the Boys from Balgowan.

Out on Kearsney’s pitches, Michaelhouse’s cricketers enjoyed the ascendency, losing only two of the ten encounters: two 49 run losses for the U15B and fourth XIs, while three other results were weather affected.
Thabo Mashego’s 5/9 bowling display was the cornerstone of House’s 7 wicket win in the U14B encounter, while the C team boys enjoyed a 9 wicket win over Northwood. Radhesh Jhilmeet’s, Luke Mitchell’s and Nick Baker’s three wickets apiece couldn’t keep the weather at bay in the rained out U14A game. The U15A result shared the same fate. Luke Hoekstra’s 3/8 ensured a modest target for House’s third XI batsmen to chase down with openers Kyle Walker (51*) and Murray-John Pitt (48*) still at the crease when the target was reached.

Michaelhouse stuck to the same formula which ensured their confident away win over Westville. Skipper Adrien Fisher won the toss and asked his batsmen to pad up. Grade 10 batsman, Murray Baker chipped in with 54 while Fisher weighed in with a scorching 170 runs off 155 deliveries – certainly one of the highest scores by a Michaelhouse first XI batsman since Alan Melville’s 162* against Natal University College in 1929. Michaelhouse accumulated 306 before being skittled two balls short of their 50 over quota. House’s seamers again asphyxiated any hope of a chase, but were only able to complete six overs before rain ruined any chance of a result.

Tight scorelines characterised the handful of waterpolo results where the spoils were shared. The hosts closed the day with wins in the U15A (7-4) and second team (6-5) clashes, while Michaelhouse won the third (6-5) and U14A bouts. The first team encounter was Covid-affected. With six wins in their previous seven matches, Michaelhouse’s U14A boys would have been keen to correct the only blot on their record, a 4-4 draw in their match-up with Kearsney earlier in the season, but soon found themselves 0-4 down with a mountain to climb. Their eventual 5-4 win was a just reward for their character performance in the pool.