Home Featured Article Save the Date: Cape Town Youth Cup for Football and Netball in... 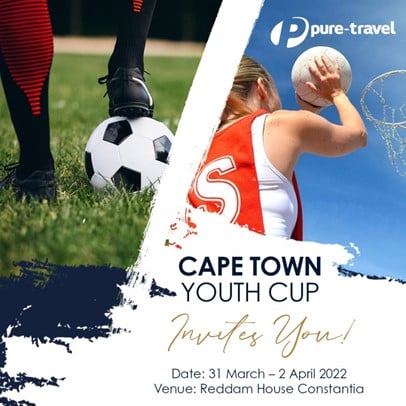 The Cape Town Youth Cup is an inaugural multi-sport tournament consisting of Football and Netball u/19 sports codes to be hosted by Pure Travel. Football will feature both boys and girls’ categories.

The tournament will take place over three days from 31 March to 2 April 2022 at Reddam Constantia School.

The stadium will host 3 football fields and 4 netball courts.

The current number of teams in each division is 12, but our goal is to increase it each year moving forward.

We will be partnering with SA Schools Netball and South African Football Association Western Cape to ensure a prestigious event.