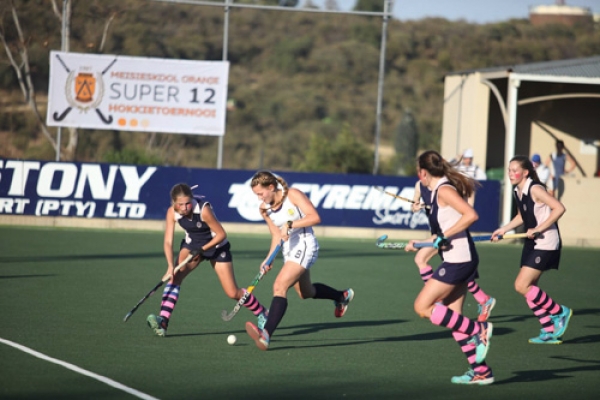 The question as to who will be invited to the annual Oranje Meisies Super 12 Tournament this year has been answered with this week’s rankings.

The tournament criteria stipulated that the top 10 teams on the rankings at midnight on the 31st of May, 2018 will automatically get an invite to this spectacle of school hockey.

Leading the ‘Drag Flick Dozen’ are the hosts, Oranje who have been at the pinnacle of girl’s hockey for several seasons now and are defending champions of the title. However the other participants will be heartened by the fact that Oranje have been beaten this year and held to a couple of draws so a good performance could well upset the apple cart.

Herschel, who previously were able to hold Oranje to a goalless draw will be motivated to go one better this time around and will relish the chance to lift the title and capture the No.1 position on the rankings.

However any of the leading teams on their day will pose a threat and the likes of KZN representative, St Mary’s Kloof are capable of matching any team in the country.

The Super 12 Tournament takes place on the 8th of August and it will unquestionably be another huge success for school hockey.