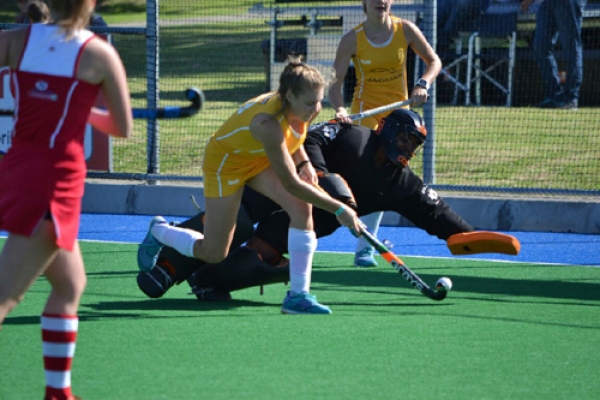 Herschel delivered a big result over the weekend with a 7-3 win over Rhenish which has caused a bit of a tremor at the top end of this week’s Girls Top 70 Rankings.

Herschel also managed a win over DF Malan which has help them to claw their way back to position number 2 on this week’s Belgotex Sports Rankings with Oranje still at the top.

However Rhenish with that loss to Herschel slide out of the top 10 and that has helped some other teams who recorded wins to fill the gaps. Garsfontein is the new team in the top 10 with wins over Waterkloof this past week. Garfontein also only have three losses against their name this season, one of them being a narrow 1-0 defeat to Oranje, so they are great value at the moment and seem capable of taking down some of the other big names in school hockey.

With a couple of week’s still to play before the deadline to qualify for the Oranje Meisies Super 12 Tournament, the next few results are going to be vital.