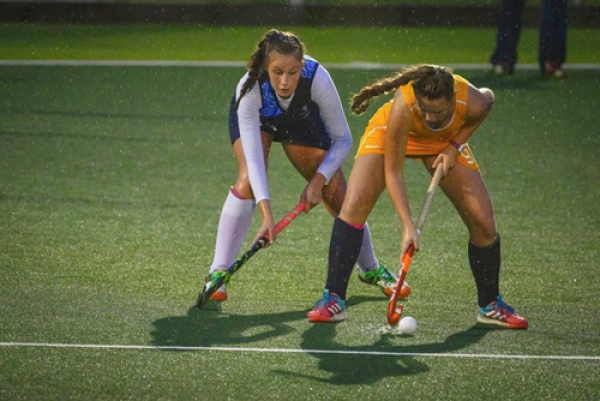 For the sixth year in a row Oranje Meisies won the All Girl’s Tournament when they duelled it out with Collegiate in the final match and narrowly took the win on showdowns 2-1.

The performance by Oranje helps them back into position No.1 displacing St.Mary’s Kloof who held the top spot for a couple of weeks. However it is clear that this could be the closest season we have had for a long time with very little to separate the leading teams.

Collegiate enjoyed a good run of form with only the loss to Oranje denying them a perfect All Girl’s Tournament. This helps to nudge them up a couple of positions and they are now well placed amongst the top five leading school hockey teams in the country.

Fighting to get into the top 10 teams who will be invited to the Oranje Meisies Top 12 Tournament are a clutch of teams including Rhenish who made up some valuable ground on the leading group after peeling off a string of wins at the All Girl’s Tournament.

It’s all very close indeed and any team amongst the leading 20 still have a realistic chance of getting the nod to take part in the Top 12 Tournament.

Get your results to us by emailing them to [email protected] . You’ve got to be in it to win it !