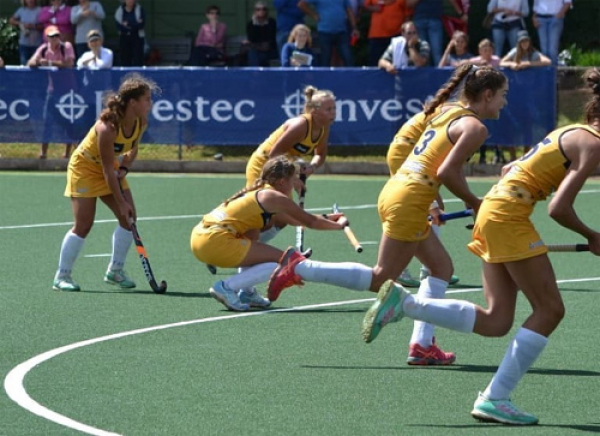 For the 5th time in the past six years it was Oranje Meisies who travelled to the prestigious St Mary’s Waverely Festival and walked away with the crown.

It was a clinical display from the girls from Bloemfontein who only conceded a miserly two goals during their entire 11 match marathon and deservedly went through to the final were they met another equally determined side in Paarl Gim.

However, Paarl Gim who had struggled a bit in their matches against St Stithians and Waterkloof, battled bravely against the form side of the tournament but at the end were forced to concede defeat by one goal to nil.

The fine showing by Oranje Meisies now leaves them clear at the top of this week’s Turftech Girls Top 60 Rankings as the other leading teams battle it out to see who will qualify for an invitation to Oranje’s Super 12 Tournament later this year.