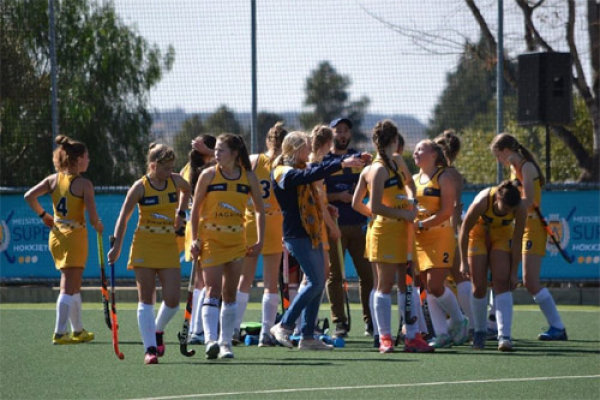 The final whistle has been blown on this year’s hockey season which has produced some fiercely contested matches with many more teams joining the rankings.

Despite some heroic challenges from several of the big names in school hockey, once again Oranje Meisies complete the season with the No.1 position firmly in their hands as the undisputed Queens of SA Schools Hockey.

Winning both the St Mary’s Waverley Tournament and the Super 12 Tournament this year underlines their pedigree as a formidable side and deservedly top the Girl’s Turftech Top 90 Rankings for 2019.

For the second year in a row St Mary’s Kloof finish in second place on the table with Herschel, Menlopark and St Anne’s completing the top five leading teams.

Fighting gallantly throughout the season was the Hudson Park girls who perhaps deserved an opportunity to show their skills in some of the other big tournaments but was good value for their top 10 finish.

Well done to all the teams and coaches who helped to further grow the sport by lifting the standard even higher this year.

Can Oranje keep the crown in 2020? We look forward to bring you the answer next season!