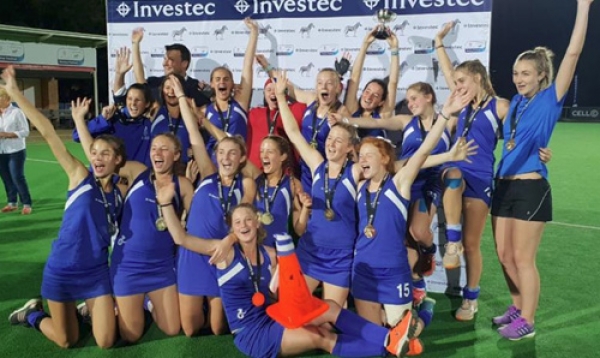 St.Mary’s Kloof put a historic performance at this year’s St.Mary’s Waverley Festival as they fought their way into the final match in a showdown with Collegiate which they managed to win in dramatic fashion.

The strong showing by St.Mary’s Kloof has seen them enter the Belgotex Sports Top 50 Rankings in the number one spot, disposing of Oranje Meisies for the first time in over 3 years. The Final against Collegiate was a tense affair with the teams locked at 0-0 at the end of full time and they remained like that at the end of extra time. The lottery of the dreaded shootout decided matters with the Saints keeper doing a great job in keeping out the first two shots.

Collegiate will count themselves unfortunate on losing the final match in this way but will take confidence in their win over Oranje Meisies and getting into the final match despite losing to St.Annes in the earlier stages.

It was a festival of very small margins for Oranje Meisies who only conceded a single goal in the entire tournament but unfortunately it came in the semi-finals and they had to settle for 3rd place. Oranje were hoping to win the tournament for the fifth year in a row but it was not be and they will be fighting hard to regain the top spot in the long season that lays ahead.

Please ensure you send your team’s results to [email protected]