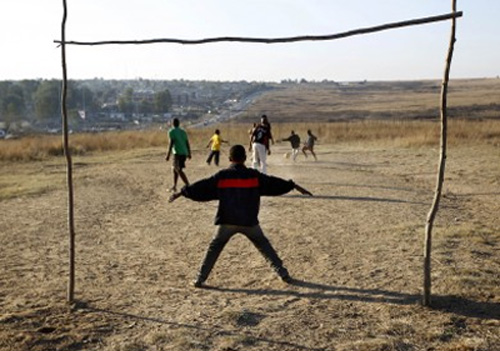 With a population of over 1 billion it is difficult to imagine that China would lack participation in sport amongst its youth.

However, China has identified a growing trend amongst their school-goers which has seen participation in organised sport drop significantly in favour of videogames.

To end what the Chinese government has termed ‘Sissy Pants’ culture amongst the youth, they have unveiled stringent new limits on the amount of time Chinese young people can spend playing online games.

From now on the Chinese government has effectively banned minors (under 18-year-olds) from playing online videogames from Monday to Thursday. They will be restricted to only one hour of gaming on the other three nights of the week.

The state-run Xinhua News Agency stressed that this ruling was an effort to “protect they physical and mental health of minors,” in what Chinese authorities called the ‘opium of the mind.’

Xinhua went on to say that it fears being ‘inundated with a toxic culture that poisons their minds, isolates them from society and saps young boys of their masculinity. It is aimed at producing more well-rounded children who “could actively participate in physical exercise, healthy and beneficial recreational activities.”

Two hours of sport per day

To further underline their commitment in getting more participation in sports, the Chinese government rolled out a new five-year extensive mass fitness program on 3 August for 2021-2025.  The aim is to provide easier mass access to sports. The young will be one of the key focuses, with two hours of sports activities on a daily basis assured in school and off campus. By sports category, basketball, football and baseball are highlighted as well as winter activities.

Xinhua reports that the “sports promotion program is targeted to be launched to cope with health issues of the young, such as myopia and obesity.”

Can South Africa learn a lesson?

Although some may argue that a few of the measures that China has implemented are Orwellian few will deny that with more young people engaged in school sport, the standard of sport will improve dramatically, and that China could well dominate in their targeted sports.

South Africa has over 10 million 10–19-year-olds and yet only a fraction of that pool of 10 million are participating in school sport. The staggering reality is that the majority of those 10 million will never kick or catch a ball in their lifetimes, let alone swim or engage in athletics. What a waste of potential talent!

Imagine if South Africa could also target a few sports (cricket, rugby, soccer, netball, hockey, athletics, basketball, water polo) and expose these 10 million to those sports, how many potential world beaters will be unearthed?

Imagine if a real investment was made to provide amenities to the 10 million where they can learn how to play sports? Get coached properly and test their skills?

Imagine if these 10 million engaged in two hours of sport every day?

What a country of champions South Africa would be!

It was Nelson Mandela who once said that a country’s greatest wealth is its people. Sadly this national asset is seemingly being neglected year after year without its full value being developed.