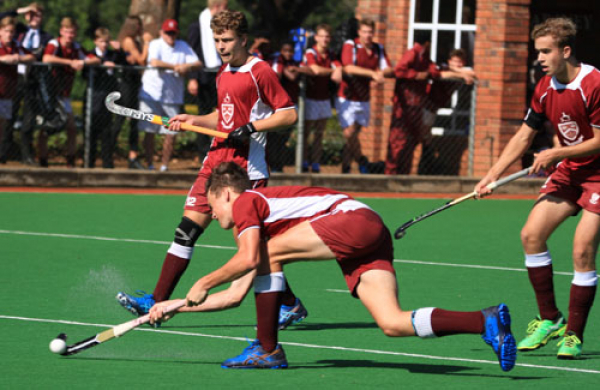 For the second consecutive week Hilton College were forced to settle for a draw when they faced the powerful Westville team in what ended up in a stalemate at 0-0.

Although Hilton’s lead at the head of the table has started to erode they still remain the leading team on this week’s Boys TurfTech Top 80 Hockey Rankings.

Jeppe though have made a strong challenge for the top spot as they jump to the second position to separate the two KZN teams after winning the Aitken Cup for the fifth time in succession. Jeppe, who did lose a close encounter to Westville earlier this season, have enjoyed an otherwise magnificent season so far and will be hoping for a strong finish to the year.

However there is very little to separate the top teams who have all shown a hunger for victories which was seen once again last week. Grey High School demolished Kingswood in a one-sided affair, Grey College got the better of Affies and Bishops and Kearsney College beat Wynberg and Glenwood.

Please send through your team’s results to [email protected]