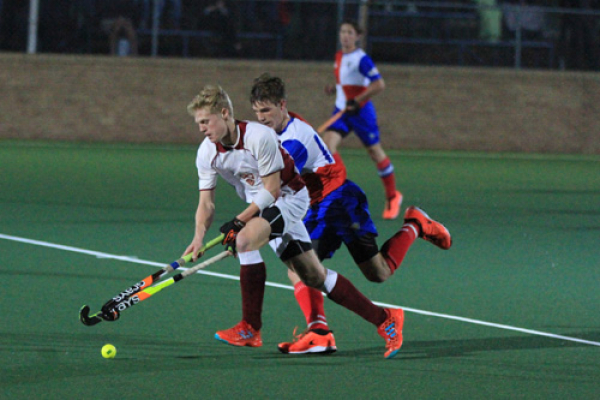 For the second time this season Maritzburg College were forced to bend their knee and accept defeat and in so doing take a step back on this week’s Belgotex Sports Boys Hockey Rankings.

Travelling down to Westville, Maritzburg College would have fancied their chances; however Westville has been improving each week and were up for the challenge from the traditional powerhouse of KZN hockey. Creating more than 5 golden opportunities in the early exchanges it did look like College would take the victory. However the missed chances would come back and bite the Pietermaritzburg team who suddenly found themselves 1-0 down after a Westville striker was able to drag flick the ball high into the College net from close range.

Soon the score was 2-0 before the break and although College managed to score late in the second half the lack of spark and apparent lethargy just was not enough to avoid the loss.

Westville surge up the table following that win and Jeppe who were held to their 9th draw of the year when they got locked at 3-3 with Kearsney College slip into the first place on the rankings, a position they regain after some weeks.

It is a see-saw affair at the top of table with the lead interchanging between Maritzburg Colege and Jeppe, but with the likes of Kearsney, Westville, Bishops, Wynberg and Rondebosch all showing good recent form we could be in for a strong finish from several teams.