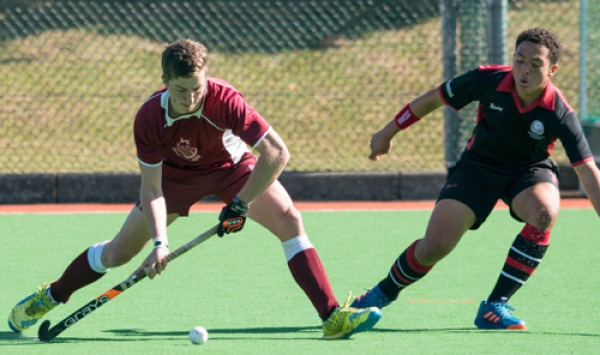 After a run of 19 straight wins Rondebosch finally succumbed to their first defeat of the season when they fell on the wrong side of a 1-0 result in their encounter with a motivated Bishops outfit.

However Rondebosch remain at the top of the Belgotex Sports Top 70 Rankings with Maritzburg College in second position who also suffered a close defeat to Kearsney College who have enjoyed one of their finest seasons in recent times.

Although Maritzburg College put five goals past Glenwood last week it was their match against Kearsney College which could have launched them into pole position if the result went their way. However it was the ever calm Guy Morgan who tilted the balance in the early exchanges with a powerful low drag flick that beat the College keeper after Kearsney had been awarded a penalty corner through some great stick work from Steven Conway. Kyle Koenig tapped in a stop by the Maritzburg College keeper just before halftime to give Kearsney the advantage which they held onto for the rest of the match.

It is a result that Maritzburg College may well look back on as the one that halted their chances of taking the top spot.