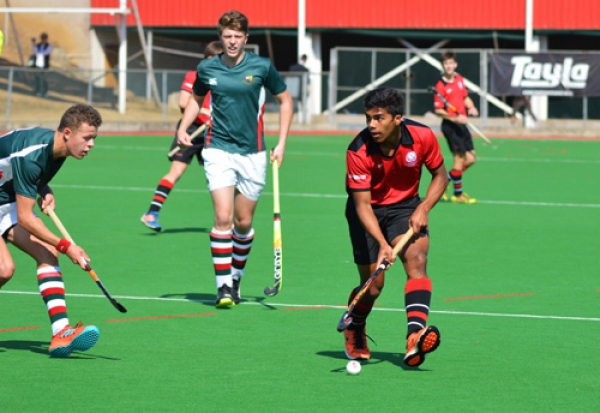 After several weeks off, the No.1 ranked team on this week’s Belgotex Sports Rankings, Rondebosch got the second half of their season underway with two victories which has helped to consolidate their position with fast chasing Maritzburg College team now within touching distance.

Rondebosch managed to defeat neighbours Wynberg who played one of their finest matches of the season and came within minutes of handing Bosch their second defeat of the year. However with the score locked at 2-2 it was Dylan Thorburn who scored the winning goal to secure the win 3-2.

Pretoria Boys High who have enjoyed mixed fortunes over the past couple of weeks with a strong win over Affies but then stumbled to a bitterly close 2-1 defeat to Maritzburg College. However they still look good for a top 5 finish.