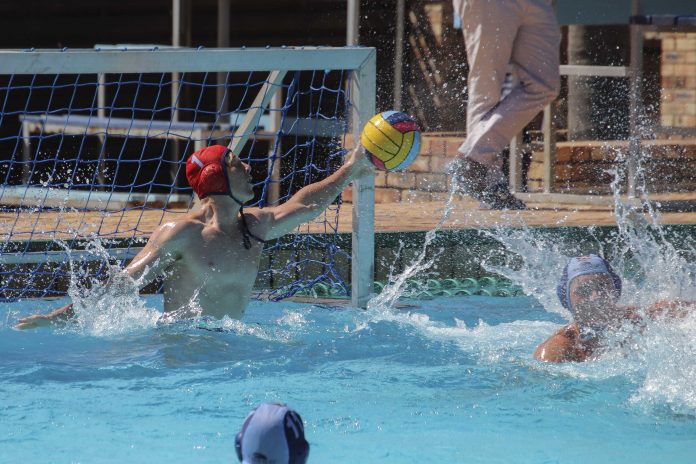 We were also lucky enough to have two current FINA referees, Dion Willis and Brad Rowe as well as Ian Melliar who has reffed at the Olympics.

The St Andrew’s College 1st and 2nd teams were involved in the tournament with the 2nd team playing some excellent water polo in parts. They finished 4th in their pool and made the quarter-finals, where they came up against Rondebosch in a tough encounter, losing that game. They then came up against The Eagles team, although they lost the game, we could see a huge improvement. They finished in a well-placed 8th place, narrowly losing to Eden by one goal.

The Blues (St Andrew’s 1st team) played some excellent water polo throughout the weekend. They started the tournament with a well-fought win over Michaelhouse 12-7. Next up they played a well drilled Rondebosch side, The Blues began a bit slow, but they were always in the game, they however never managed to take the lead and lost 9-8. The 3rd game against Pearson was a far better display of water polo, and the Blue won that 12-2. Saturday afternoon, the Blues played a strong Paul Roos team but always looked in control of the game and came away with an 8-3 victory. The last of the pool games was always going to be tough against an underrated Eagles team that was unbeaten after a great draw against Rondebosch. The Blues defence was up for the game and kept the Eagles quiet, and we won that game 7-4.

Next up was the quarter-finals, where we met Eden from George. Eden has played some great water polo throughout the tournament, but the Blues put in one of their best displays of water polo, winning that game 13-1. The semi-final was always going to be tough against the top of the Pool team, Crusaders. The game was in the balance going into the 4th quarter, where the blues took a 2-goal lead, but the Crusaders scored quickly, reducing their deficit to just one goal with 3minutes left on the clock. Matt Dovey scored to close the game out 6-4, which took the Blues into the final against Rondebosch.

In the final, the game changed hands regularly, but the Blues managed to get a 2-goal lead going into the 4th quarter. Rondebosch struck back early to close the gap once again. The Blues score a good man-up goal to extend the lead by two again, but Rondebosch was not going down without a fight. They scored with 1min30 on the clock. With 22s left on the clock, the Blues had the ball and should have closed the game out, but a small mistake allowed Rondebosch back into the game, and they scored an excellent equalizer on the hooter to take the game to penalties. Captain Oliver Rose was superb in goals and made two crucial saves to give the Blues the final victory, and The Shield is back home after 11 years. 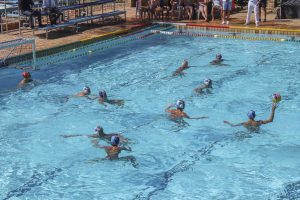 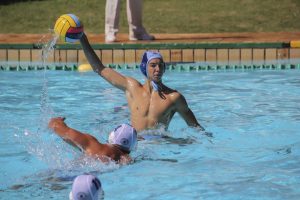