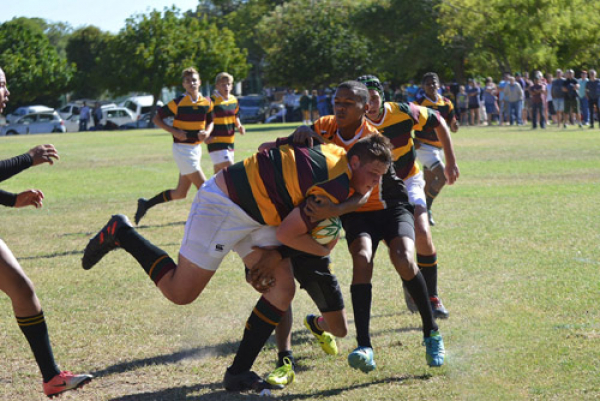 Maritzburg College met their match over the past weekend when they stumbled at the hands of the strong finishing Westville team and lose their first match of the season and along with it their unbeaten status.

Westville who have been on a purple patch for the last month took on the team that had beaten them narrowly at the start of the season and showed they had learnt their lesson from that encounter. Maritzburg College slip down to third on this week’s U16 School Rugby Top 100 Rankings with Westville moving up the table to challenge for higher honors.

Another surprise loss perhaps was that of Helpmekaar who had only lost one match in 2018 prior to their meeting with EG Jansen and although it was a close affair Helpies had settle for a brave defeat. Helpmekaar also slip down a position but remain in the top five zone.

Garsfontein join the leading 10 teams this week following their strong win over Monnas and will be hoping to clinch another victory or two before the season is out.

Please send your U16 Rugby results to [email protected]