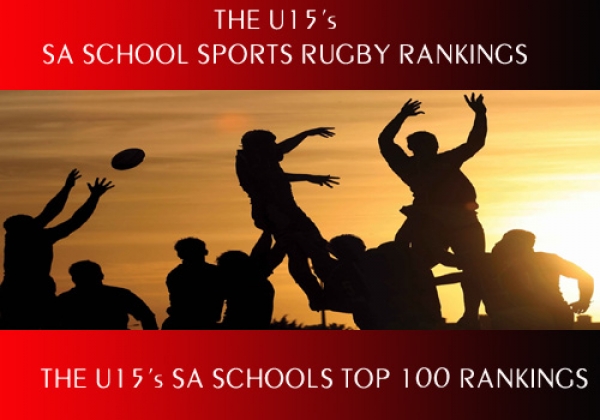 The U15 Rugby Rankings as of this week bears a striking resemblance to the First XV and U16’s Rankings with most of the same teams are occupying the leading positions.

This indicates that plenty of work has been put in by the various leading schools to ensure a continuous supply of quality players for several years to come. Good marketing and recruitment seems to be the key in guaranteeing that a consistent standard is achieved. Oakdale will also be happy with their elevated status amongst the top 5 teams thanks to some big victories they have achieved so far this year.

The rankings are based on a formula that is very similar to the ICC cricket world rankings. Various factors are vital to the equation which include the strength of the opposition (teams are weighted), home/away status, margin of victory, margin of loss, actual goals scored in the matches, actual result (win/loss/draw) etc. Each of these factors earn the team a prescribed about of bonus points. There are also bonus points for a team that loses a match but gets close to winning, which is set at a 10 point margin.