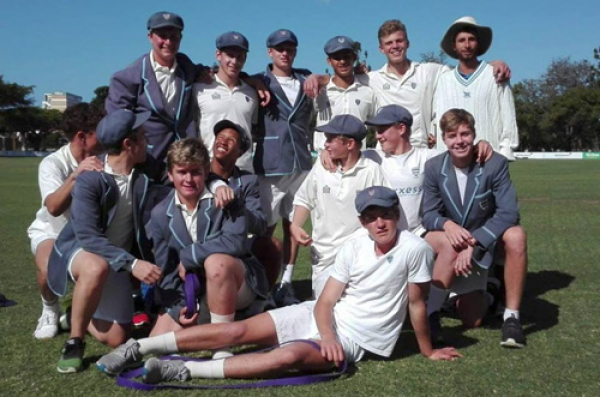 A brilliant season by the Grey High School U15 team has left them looking down on the rest of the teams in the country as they lay claim to the leading team in South Africa.

The Grey HS U15 sign off the 2018 season as the only unbeaten team in the country, having played 19 matches, winning 18 of them and drawing a single match against Grey College.

It has been a devastating display by the Grey HS team which contains in their ranks several highly talented players including one George van Heerden who finishes the season with an average just over 100 runs which included 3 centuries and 6 half centuries in his 15 visits to the crease. Kearsney College players will long remember how he plundered his top score of 150 not out against them.

Although Affies, Rondebosch, KES and others also put together an impressive season, few would argue with Grey High School placing No.1 in the U15 Cricket Rankings for 2018.

Well done to Grey High School, their players and coach Mr.Corbin Dolley who has mentored and brilliantly guided this group of winners.

We look forward to seeing how the 2018 U15’s progress next year with many of them moving on to play for their respective First XI’s.