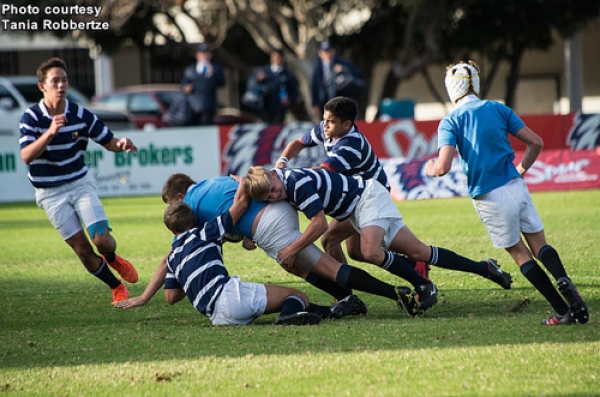 Grey College moved up a couple of places to nestle in at position No.2 this week on the U14 School Rugby Rankings which still sees Paarl Gym out in front.

Grey High School came bitterly close to pulling off a win when they faced Wynberg but had to settle for a one point loss which bumps them out of the Top 10 zone and they will be hoping to get back amongst the leaders after next week’s matches.

Full marks however to Wynberg for putting together perhaps their best match of the season and we can expect them to gradual rise to the top as the season progresses.

Teams like Northwood, Die Brandwag, Zwartkop, DHS and others have invested heavily in their U14 teams and it is good to see some old favourites amongst some newer teams giving as good as they get in this important age group.

Northwood are unbeaten this year having trounced all the Gauteng and KZN opposition they have faced and look like a formidable team. Die Brandwag have taken the scalps of Queens College, Dale, Nelspruit and St Andrews College to mention just a few of their wins and likewise will pose a threat to this season’s remaining opposition.