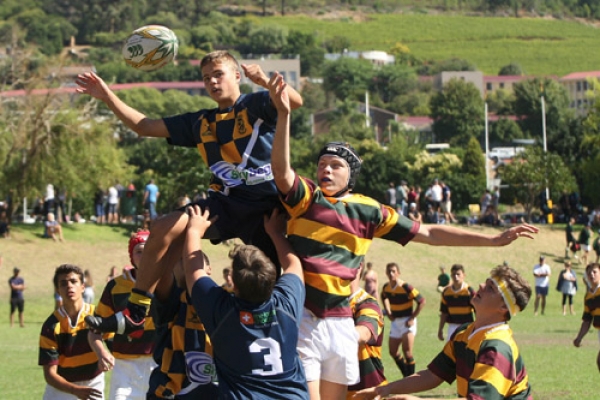 Northwood put together yet another crushing performance last week to notch up another 50 plus score and to remain unbeaten so far in 2018.

The rise to top of the U14 Rugby Rankings is somewhat of a renaissance for Northwood who for many seasons have flattered to deceive and never really put together a team that can challenge the best in the country. The U14 Northwood Knights could well turn out to be one of the finest groups of players the school has had for many years.

However it is Paarl Gym who remains at the top of this week’s U14 school rugby rankings thanks to a comprehensive win over Boland Landbou. Paarl Gim is another team that remain unbeaten and it will be a tall order to reel them in at this stage of the season.

What about Klerksdorp who are attempting to bang down the door to gain entry into the Top 10 Zone? Some may argue that they may be a tad over valued but they certainly have played some good rugby this year, yet it is true they are in need of some quality opposition. Which one of the bigger names will take them on? With only an average of 4 points being scored against them how they would benefit from being tested by a top team!