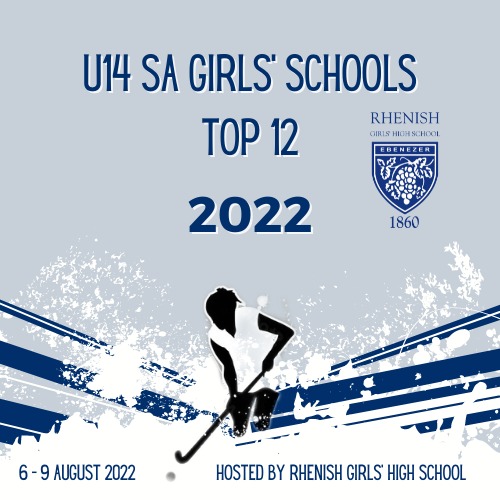 Rhenish Girl’s high has stepped up to host the first ever Top 12 Girls’ U14 Hockey Tournament in 2022. As the oldest girls’ school in South Africa, it is fitting for Rhenish to host this prestigious tournament.

Schools’ hockey 2022 is about to ‘hit off’ for the season and there is great excitement among all players for the resumption of competitive hockey at school level for the first time in over two years.

Who will claim top spot? Who will qualify for Top Schools tournament in 2022. The competition is strong in all age groups, but it promises to be a very interesting year with the inaugural U14 TOP SCHOOLS HOCKEY TOURNAMENT for Girls that will be hosted by Rhenish Girls’ High School.

Will your school team qualify to play in this prestigious tournament? Here are more details regarding this unique opportunity for the U14 teams:

What you need to do:

To qualify a team has to play at least 8 games.

Start sending all your game scores to the following email address:

What you need to know:

The Tournament Committee will apply the following criteria before inviting teams to the Tournament: