Home Sports Rugby The Ugly Side of School Rugby 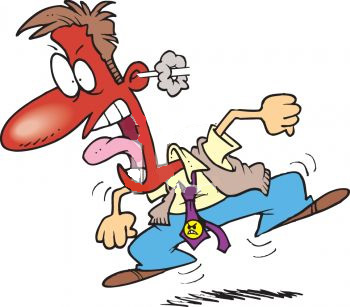 Foul play, off the ball incidents, players intimidating the referee and opposition; and of course the most pathetic of all, parents and coaches hollering from the sidelines.

In terms of the players themselves, SARU should introduce a two match suspension for any player caught talking to the referee, his opposition or engaging in off the ball incidents. A Captain is on the field for a reason and it is only he who should be allowed to address the referee; not his teammates and certainly not the coach. If the coach or a player is concerned with the way the match is going, they should have a quiet word with the Captain and it is he who should respectfully relay these messages to the man in the middle.

As for foul play, well it’s quite ironic that the legends of the game were never those who engaged in such behaviour. Could you see Dan Carter giving his opposite number a kick when the ref was not looking? Didn’t think so.

Truth be told, it’s the players with talent deficiencies who spend their 80 minutes with ulterior motives.

As for those coaches and parents who scream at the officials from the sidelines? Well they’re just the epitome of class, aren’t they?

These outspoken coaches are fascinating creatures. They are fully aware of laws being interpretive, yet they shake their heads in disbelief when the ‘wrong’ decision is made. This is where I studiously break out the dictionary and point to the fact that ‘interpretation’, by definition, cannot be a question of conclusive right and wrong.

It further baffles me how fathers who last played the game with a pigskin ball, seem to think they possess a superior knowledge of the new law variations than referees who officiate on a weekly basis. It’s always those fathers who have never reffed a game in their lives who are most sure of themselves too.

One couldn’t imagine Craig Joubert watching his son on the sidelines whilst barking at the official with rabid rage in his eyes.

They claim that the ref is ‘Missing a good game’ (Very original. Comedic genius) and then plead for consistency in terms of penalties awarded.

At this point I sigh. Dearest random father on the sidelines: If your son’s team continuously finds themselves on the wrong side of the laws of the breakdown, the chances are that they have received insufficient coaching on that area of the game or they are simply slow learners.

At this point, contact the boy’s teachers for advice and perhaps engage the school for a refund of his fees. Why should the referee have to even the penalty count? I guarantee that the man with the whistle has nothing against your boy; in fact he couldn’t care less.

This time next year, your son won’t even remember the score line. But you can be sure that he will remember the antics of his father; the one who passersby mistook for an escaped lunatic.