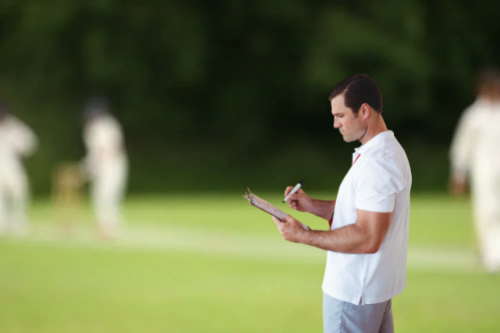 CSA has embarked on a new format for the selection of their provincial youth teams, gone are the traditional U15, U17 and U19 teams and in are the U16 and U18 teams.

Congratulations need to be sent to all the boys that were selected to represent KZN in these various teams. Well-done on this achievement!

On closer inspection however one can’t help but feel a little concerned about those who didn’t get selected and whether a fair selection process is in place.

You see for the 4 teams selected (KZN Inland U16 & U18 and KZN Coastal U16 & U18) over 97% of the selections have only included players from the 10 KZN monastic schools, which we will call the KZNET (KwaZulu-Natal Elite Ten) schools for simplicity sake.

Great if you happen to be attending one of those 10 schools but what of the rest of the province? What of the 100’s of other cricketers who attend other schools, who are just as passionate about the sport, go for additional coaching, play club cricket on Sundays and are clearly talented? Can it honestly be said by the selectors that not a single cricketer outside those 10 schools is good enough to make one of the four teams that were selected? Or is it just easier to assume that the best players just must be attending the KZNET schools?

What compounds the concern is that during the first round of trials, the KZNET teams competed among themselves. During the “second round of trials” there was however another team added. In the KZN Coastal trials it was called the Tier 2 Team, made up of players from outside the elite 10 schools who had to go through their own trials (which included over 300 cricketers) just to get selected into this Tier 2 team. In essence it was meant to be the ‘best’ of the other schools.

These so-called Tier 2 Teams competed well against their more illustrious opposition, in fact in the U16 Coastal Trials the Tier 2 team was viewed as too strong to play against one of the KZNET teams after they had comfortably beaten the KZN Cricket Union RPC side, and so the opposition was changed post-haste so that they could play against a stronger KZNET team in their next match. One wonders if that was to avoid the embarrassment of the Tier 2 team beating one of the KZNET?

Odds stacked firmly against cricketers outside the KZNET Schools

These Tier 2 teams did not practice together, their captains were chosen on the day of the matches and changed from match to match, and for the most part enjoyed little if any direction from the coaches. Yet they still competed admirably against the KZNET opposition and to the casual onlooker there was little difference in standard or ability.

Yet not a single player from these Tier 2 teams even came close to getting selected. The selectors who are predominantly from the KZNET schools seemingly focused only on their schools.

One wonders what message this sends out to the young cricketers who do not attend the KZNET schools but still play at a high standard? One selector admitted off record that it is nigh on ‘impossible to get a look in unless you are from one of the KZNET schools’.

This stranglehold on selections however has been going on for years. Year in and year out the same KZNET schools form the majority of the selections.

How Healthy is it for Cricket?

Cricket being a sport where stats are readily available makes it abundantly clear which players are currently in good form and which players are not. Yet one must wonder if current form is even a criterion that selectors look at or could it be that poor form is excused if a KZNET player has been selected for a KZN team in the past?

Of course, the KZNET schools do attract some of the finest cricketers in the Province and most of those selected clearly deserve their place in the teams, many are hugely talented. Yet if selectors are not going to use a wider net, how will they ever find other players who might be just as good or even better than some KZNET players? Why even select a Tier 2 team if they are not going to be looked at? And why, if a Tier 2 Team is selected to complete against a KZNET school, are the playing fields so uneven?

It is true that selection into a provincial youth team does not guarantee a player will become good enough to play professionally. Likewise non-selection does not condemn a talented cricketer to French cricket in the backyard. Yet decades of selections that appear to take into consideration players from only one part of the community will always raise eyebrows.

There are some huge monopolies in the world today, some good some bad. Facebook owns 77% of social media traffic, Amazon has captured 74% of the ebook market and Google owns 88% of the search advertising market. However, the KZNET schools outdo them all with 97% of KZN youth cricket team selections.

How healthy is that for cricket?