Home Sports The Rise of Esports in South African Schools 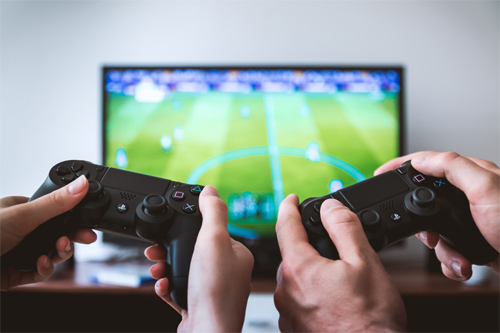 While for the most part the general public is still mostly unaware of the increasing prevalence of esports, it’s a form of sports competition that’s very strongly on the radar for many school administrators.

The onset of COVID-19 has seen a dramatic rise in esport participation with an estimated 10 million active participants in South Africa between the ages of 16-35.

South Africa and African schools potentially have an unique opportunity to become leaders in esport if this trend continues.

According to the National Association of Collegiate Esports, more than 170 U.S. colleges have varsity esports programs and are offering around $16 million per year in scholarships. College esports tournament organizer Tespa notes that its competitions attract more than 1,350 schools and more than 40,000 players. It has also awarded more than $3 million in tournament winnings.

Although many schools in South Africa are offering esports as an extracirucula activity, there are many more that are not. The challenges for setting up a dedicated esports club is easier than many might imagine.

Some schools are already all-in, with on-campus arenas and practice facilities dedicated to esports.

Others are on the opposite end of the spectrum, treating esports teams like a club and providing minimal support. At these schools, players often provide their own computers or gaming systems and practice (and compete) in computer labs or tiny rooms in underutilized parts of buildings.

For schools, attracting good students is a competition. If you look at the percentage of high school students who are gamers and those who simply watch esports, you realize it’s a part of their lives now. Pew Research found in 2018 that 90% of teens (ages 13-17) play video games. Among boys of that age, the percentage is 97%.

From a social standpoint, esports is more inclusive than other sports, with boys and girls able to play on the same teams and participants coming from various social groups and demographics.

For schools that are interested in upping their esports game, it’s important that they do their research and support the program in the best way possible. If a school is setting up an esports program just to check a box, it would be better off doing nothing at all.

If you’re starting completely from scratch, don’t feel overwhelmed. Finding players is usually the easiest part, as any college or high school is likely to have students who already play esports for fun. Put the word out, and meet with students to identify the games they would like to play competitively.

Here are a few considerations for schools when it comes to building out an esports infrastructure in a school environment:

It may be a while before a school’s FIFA21 team is as well recognized on campus as the Rugby First XV team, but there’s no doubt that the popularity of esports is rising fast. The good news is that getting a team up and running is manageable, and there are plenty of resources out there to help.