Home Sports Other The REC Voted As Best Sports Field 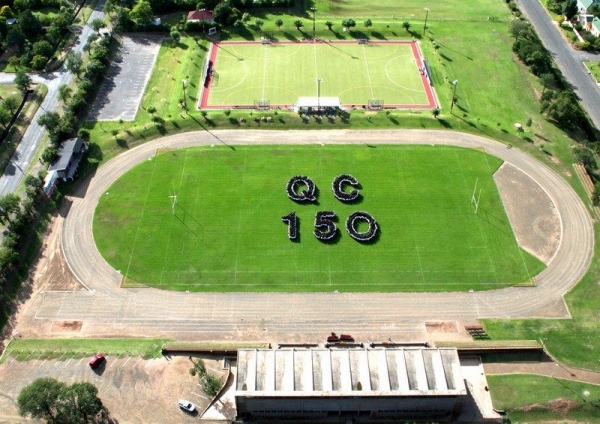 It is a field that has been dubbed “The House of Pain” ,holds more than 90 years of memories and has produced seven international players including five Springboks.

Although Queen’s College has a total of seven rugby fields which comfortably are able to accommodate the teams they have, it is the Rec which is the host of the main rugby games of the afternoon.

The 1st, 2nd and 3rd teams are the Queen’s College teams that play on their showcase field in front of a The Rec grandstand which can accommodate up to 6000 spectators.

Old Queenians who have excelled on the Victoria Recreation Ground:

Thanks to all who voted and large amount of interest the poll generated. The South African schools have some beautiful fields, many set in exquisite surroundings, lined with ancient trees and mountains and all hold a special place in the hearts of those who have played on them or sat on the sidelines watching.  As one commentator mentioned the “Best school field should be the one in which you have played on.”