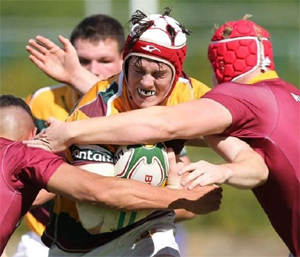 Even a brief glance at these years First XV Rugby Rankings will reveal to even the most inexperienced eye that all the teams suffered from not having the opportunity of playing enough matches.

Paarl Gim will end the season as the leading team in South Africa and perhaps few will argue with this when we consider that they did manage to beat Grey College and remain unbeaten. However, there is still that feeling that had the season run its course without the COVID-19 restrictions, perhaps other teams would have been able to test their endurance.

Sadly, that was not to be and although we have experienced a staccato season, we still need to pay homage to the players and coaches who managed under intensely difficult conditions to still put together a semblance of a rugby season.

It can be argued that some teams on the rankings table are over-valued and should not be so highly ranked whilst others are too far down. Unfortunately, the lack of fixtures has not helped to iron out any anomalies and many of the traditionally top teams were prevented from getting into their stride when the restrictions were imposed.

Yet we congratulate all players and coaches who trained throughout this year and endured despite the disappointments.

We have limited inclusion on the rankings table to a minimum of three matches played. This has naturally led to many team not making it onto the rankings as they only managed to play one or two matches.