Home Sports Other The Double Edged Sword of Participation Trophies 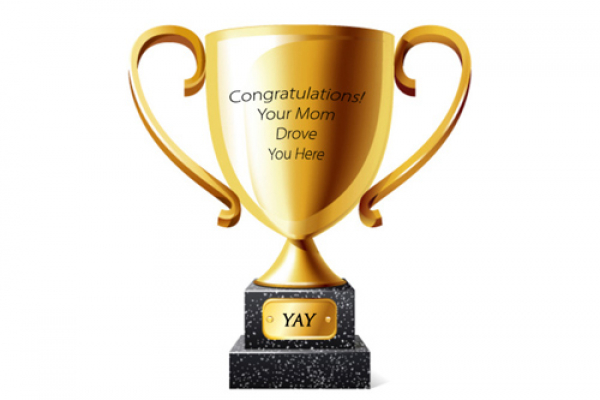 All over the country, indeed all over the world, many more kids are growing up receiving trophy after trophy, medal after medal, ribbon after ribbon for every sports season, science fair and spelling competition they participate in.

Sadly in the years to come the dozens of trophies, ribbons and medals will sit in a corner of some room, collecting dust. They do not mean much to the receivers because they know that identical awards sit in other children’s rooms all over town and probably in millions of other homes across the country.

Trophies used to be awarded only to winners, but are now little more than party favors: reminders of an experience, not tokens of true achievement. When awards are handed out like sweets to every child who participates, they diminish in value. If every soccer player receives a trophy for merely showing up to practice and playing in games, the truly exceptional players are slighted. The same applies to teams. Regardless of individual effort or superior skills, all who participate receive equal acknowledgement.

There is no point denying that some people have less than fond memories of competitive sport at school. You may not remember your maths scores, or recall the names of some of your teachers, but you could undoubtedly recall in a second whether you were a first-tier pick for the school rugby or hockey team. According to a new American study, unpleasant memories of PE classes are linked with a resistance to exercise later in life. As two-thirds of adults in the Western world rarely partake in physical activity, if ever, this legacy matters.

However many argue that trophies for all convey an inaccurate and potentially dangerous life message to children: We are all winners. This message is repeated at the end of each sports season, year after year, and is only reinforced by the collection of trophies that continues to pile up. We begin to expect awards and praise for just showing up — to class, practice, after-school jobs — leaving us woefully unprepared for reality. Outside the protected bubble of childhood, not everyone is a winner. Showing up to work, attending class, completing homework and trying my best at sports practice are expected of me, not worthy of an award. These are the foundations of a long path to potential success, a success that is not guaranteed no matter how much effort I put in.

Should there be a change on how to reward children?

Many agree that trophies should be given out for first, second and third; participation should be recognized, but celebrated with words and a pat on the back rather than a trophy. As in sports as well as life, it is fact that there’s room for only a select few on the winners’ podium.