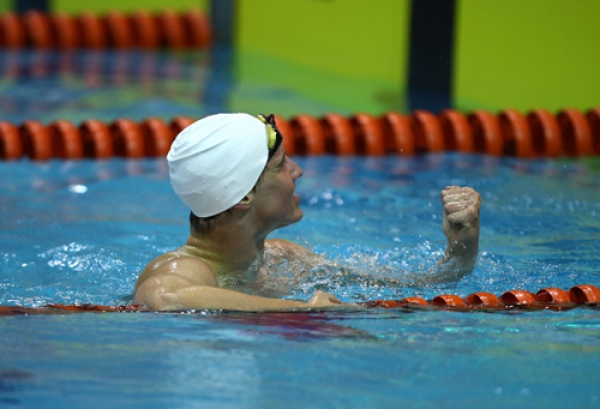 It is not every day that a schoolboy finds himself participating in the Olympic Games but that is soon to become a reality for Clifton’s Matthew Meyer who is packing his bags for Rio to compete with the best in the world!

Recently the Grade 12 learner cleared the Olympic mark for the 1500m freestyle by a massive 4 seconds under the required time and in so doing qualified to participate amongst the sports elite at the Rio Olympics later this year.

Meyer who has consistently enjoyed success in distance swimming including the Midmar Mile , had the Kings Park crowd on their feet cheering him on to record a time of 15: 09.58 secs well inside the qualifying mark of 15:14.77.

Although participating in the Olympics will hamper his academic year as training begins nonstop until the end of the Olympic Games, he confidently said that his “academics are right up there. I came top three in the grade a couple of years ago, so I can still do it. If I can get A aggregates, I’ll be happy.”

Myer’s goal is not just to compete at the Olympics but to make the finals which means getting under fifteen minutes for the event.

Well done to Matthew Meyer for achieving something very special!