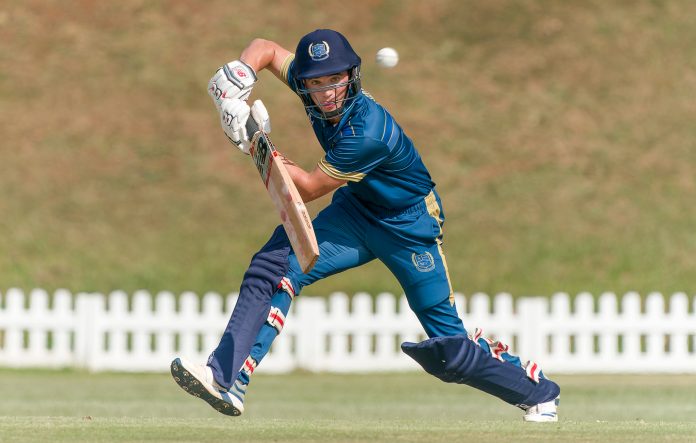 It was the final round of summer fixtures this past weekend for the Saints basketball, water polo and cricket teams. There were Saints boys involved in the KwaZulu-Natal Athletics Championships, with matriculant, Sam Ndlovu winning gold in the U19 long jump, leaping an incredible 7,10m. Also competing at national qualifiers in Bloemfontein, were KZN squash champions, Ruvay Ramdhin and Aphiwe Ndwandwe.

On the cricket field, with an excellent mid-week T20 win against the Dolphins Colts, the Saints were looking forward to signing off on an excellent summer of cricket – the final fixture being at home against Durban High School. The report, as scribed by 1st XI head coach, Mr Lucky Dladla:

“Saints decided to bat first and got off to a good start, Brown and Taruvinga rotating strike with confidence. A couple of tight overs from DHS seamers got rewarded as they claimed their first scalp, Brown was first to go with just 5 runs. Zuma walked in at 3, and unfortunately only lasted two balls and got caught behind driving outside off stump. Muirhead was the next in line to try and stabilize the innings. He also did not last, a fine catch at second slip saw him walking back to the changeroom. Saints had their backs against the wall as the scorecard was looking bleak at 21 for 3.

A partnership between Urquhart and Taruvinga gave hope to Saints’ batting display. Urquhart stamped some authority on the visitor’s spinners, hitting a couple of big sixes until he was dismissed softly by a full toss delivery. Just before the morning tea Saints lost another wicket and were again under pressure, 85 for 5. Taruvinga was the key to getting Saints to a decent total; he reached his half century with wickets falling at the other end. Credit must go to DHS bowlers as they did not take the foot off the peddle. Saints only managed to reach 153 all out in 40 overs.

The DHS opening pair got off to a good start as Saints bowlers struggled to find control with the new ball. The runs kept flowing for the visitors and the batsman took advantage. The Saints captain kept changing his options to try and get a wicket. Ndlovu finally broke the partnership, but DHS batted patiently and gave very little away. The Saints youngster, Newman Nyamhuri, gave the home team some hope towards the end with a couple of quick wickets, in partnership with experienced matriculant, Tahir Khonat who managed to get the important scalp of Mseleku. Ultimately, it was not enough and DHS knocked off the required runs in the 47th over, with five wickets down. Saints losing by 5 wickets.”

In the final game of the summer season, St Charles College met their old basketball rivals DHS. With St Charles College having recently won the St John’s Johannesburg tournament and with wins over DHS in their three previous meetings, the home side were confident and eager to end the season on a high note.

Playing with confidence, the Saints got off to an excellent start. With lots of energy on the defensive end, they stifled the DHS offense and forced them to take shots under pressure. Behind their full-court press, the Saints ran down the shot clock and allowed only rushed shots at the buzzer. With momentum behind them, the home team was able to get to the basket regularly and open a large lead. With their confidence high, St Charles College started hitting their three-point shots which in turn created more space on the inside as DHS was forced to defend the perimeter. St Charles College finished with a convincing win 72 – 42 and ended the season well.

Photo: Saints batting maestro, Jason Muirhead, scored an undefeated 92 against the Dolphins Colts in a T20.