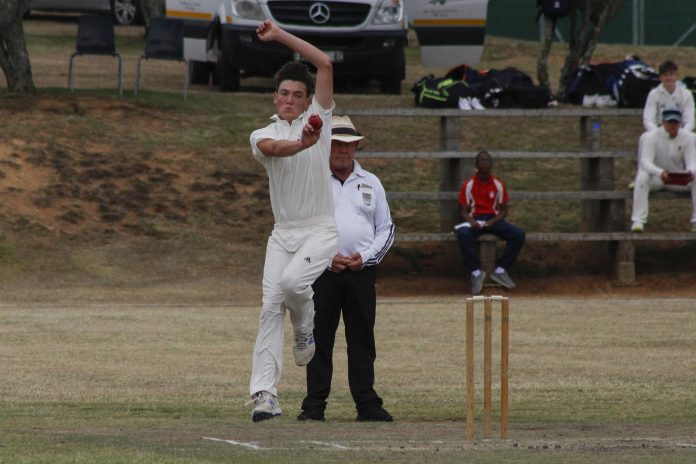 A much needed shower of rain on Wednesday and the subsequent cooler conditions made it tough for the St Andrew’s College ground staff to prepare pitches. Thanks to their wonderful effort, a full day of cricket was experienced on Saturday. The constant drizzle on Saturday did not deter the cricketers. St Andrew’s College, Graeme College, and Nico Malan must be praised for their devotion in ensuring all the matches continued without hesitation.

After a delayed start, the St Andrew’s College 1st XI won the toss and had no hesitation in electing to bowl first against Graeme College. St Andrew’s picked up early wickets, but Graeme College’s Mornay Khol played superbly in the testing conditions for his 76 not out. Graeme reached their 40 over compulsory first innings declaration on 133/8. Matthew Beamish and debutant Roman Van Zyl each picked up 2 wickets.

St Andrew’s reached 33/2 when the Umpires decided it was time to let it rain. The day epitomized a superb display of comradery from all the players and staff.

St Andrew’s College 174 all out