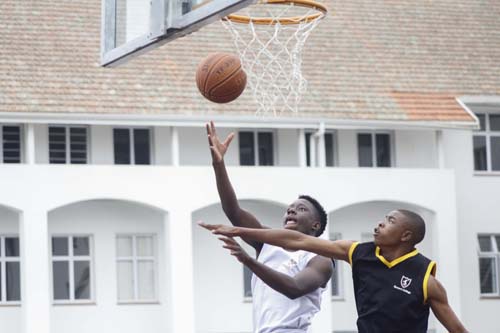 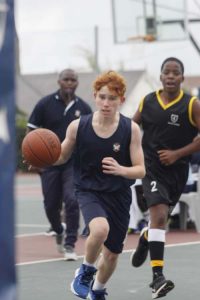 The tightly contested Eastern Cape Schools League 1st team match between St Andrew’s College and Queens College was stopped due to wet weather conditions. The match was abandoned in the middle of the third quarter by match officials.

The St Andrew’s College 1st team had the upper hand throughout the match, but failed to finish off the opportunities. The St Andrew’s players looked rattled as the determined Queen’s outfit matched them toe to toe. When the match was called off, St Andrew’s had a slender 27 – 26 lead.

Crews from St Andrew’s College, Grey High School and Selborne College were able to come together to compete in the long-standing Eastern Cape Sprints Regatta for the first time in two years on Saturday 5 February.

A persistent drizzle throughout the day did little to subdue the close racing and enthusiastic support from the riverbanks as crews from across all the age groups battled it out over 500 meters on the Kowie River in a ‘knockout’ event format across all the different boat classes.

Some of the loudest support for the day came for the U14 races in Quads and Octuples with St Andrew’s taking wins in both the A and B Octuple as well as in the B Quads event.

For the U16 age group there were strong performances across all the boat classes with Max Estcourt making it through 4 rounds of racing to reach the final of the Men’s B sculling event, where he pushed a local Nemato rower several years his senior right to the line.

In the Men’s B pair, Joseph Kroon and Connor Moorcroft took the win over Selborne and the top U16 crews also took emphatic wins in the 4s and 8s events, the latter in a three boat final against the Grey U16s and Selborne’s 2nd Open crew.

After several losses in the early rounds of racing in pairs and sculls, the St Andrew’s open crews soon got into their stride with commanding victories in the Rhino Shield Men’s Fours, the St Andrew’s crew comprising of Daniel Cotton, Scott Moorcroft, Matthew Powell and Justin Charles. In the final event of the day, the Kudu Shield Men’s 8s, the College 1st 8 beat Grey in the semi-final and came home over 10 seconds ahead of Selborne to take the win.

Well done to all the boys taking part and good luck to the U16 and Open crews competing at the Buffalo Regatta later this week. A further exciting development is that Settlers Dam is once again full enough for rowing and the junior boys will have the opportunity to row there over the next few weeks, this is the first time we will have been able to use our own facility since 2018.