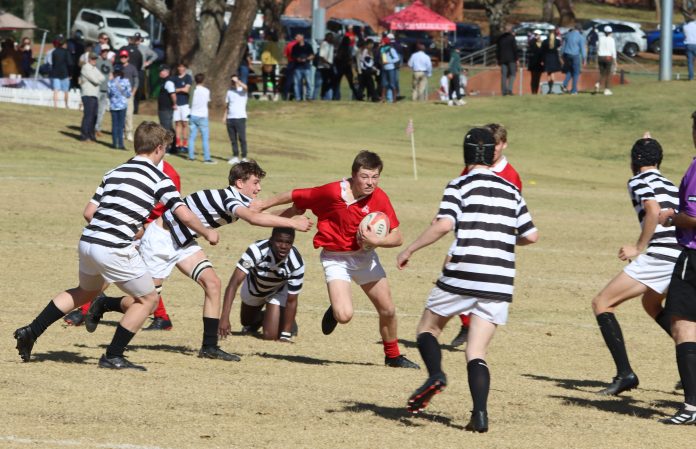 A penalty on the halfway line, calmly slotted by Hilton College pivot, Chris Horak, within the first 50 seconds of the 204th Michaelhouse v Hilton extravaganza, sent a shiver of foreboding down the collective spine of the home crowd faithful. A multitude of no less than 9000 visitors, relishing in the occasion, were treated to a spectacle of good, old-fashioned schoolboy sport at Balgowan on Saturday.

Plenty of pageantry and pomp, renewed friendships, and a few form books flung out the window filled the seven hours of hockey and rugby ahead the first XV kickoff.

There wasn’t a compromising cog in the Hilton College Hockey Club machine which won six of the eight fixtures lined up on the day. House’s U14A lads couldn’t improve on April’s 2-2 deadlock, going down 0-1. The first major reversal of the day came with Hilton’s 2-1 win in the U16A game, sealing their dominance in the age group. A 0-0 stalemate in the second XI match preceded the first XI hockey clash. It looked like trouble for the hosts when they found themselves 1-3 down at the break. Renewed resilience rallied the Boys from Balgowan to square off the second half with a goal apiece; the 2-4 score line a marked step up from the April outcome. 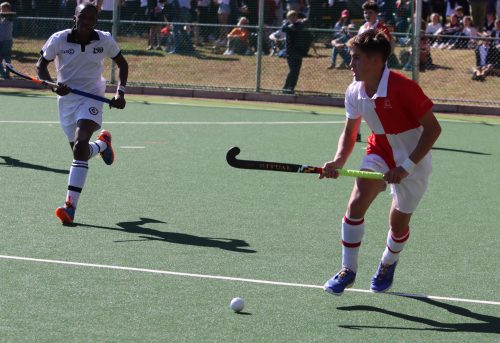 Down the avenue, Michaelhouse were ruthless, brutal even, in the age group rugby encounters. Reversals in both the U14A (20-10) and U15A (28-19) results were the cornerstone of the hosts winning all nine fixtures, accumulating 410 points and conceding just 75 in the process.

A possible lifetime of speculation and conjecture were put to bed ahead of Michaelhouse’s U16A boys romping home to their 33-10 win. There have only been three years where no fixture has been contested between Hilton College and Michaelhouse, since the inaugural game – a dusty showdown going Hilton’s way – in 1904. The first in 1920, and latterly in 2020 and 2021. The Old Boys of the Covid years went toe to toe in an exhibition match on Meadows. Michaelhouse cantered in to a comfortable 48-0 win, and we need wonder no more!

Wins for the home 7th and 6th XVs and a 16-7 win for the Michaelhouse fifths, wrapping up an unbeaten season for them, highlighted a significant feature of the 2022 Michaelhouse rugby culture – one of participation and depth. The going was heavy though for the top four open age group home sides. House’s seconds endured a disappointing end to an otherwise first-rate season, capitulating 7-29 to a motivated Hilton College side bent on avenging their loss in the April outing.

Back to Horak’s long range first minute penalty, punishment for a scrumming infringement, the last of the day as Michaelhouse proceeded to stamp their absolute authority on that aspect of play – a feature they were neither rewarded for, nor able to fully capitalize on. Where Michaelhouse ruled in the scrums, Hilton were characteristically flawless in the lineouts. Michaelhouse’s mauling was impressive and was the key to unlocking the visitor’s defence when flanker Fortune Mpofu was the first to cross the whitewash on the day for a converted try. That 7-6 advantage was the first time a Michaelhouse first XV had found themselves ahead on the score board since June 2016, and supporters in red and white began to believe that something might be on the cards. Michaelhouse proceeded to string phases together but squandered opportunities to crack Hilton’s defence again. A potential watershed eight or nine minutes where Michaelhouse might have been able to turn the tide preceded Hilton second rower Jack Waterhouse cruising through to dive under the poles for a score very much against the grain of the half; followed in very short order by front row forward Nicolas Snyman doing the same to catapult the visitors into a 20-7 halftime lead.

Hilton College were like a hanging judge in the second stanza, patiently and ruthlessly punishing every poor decision and lapse in precision. Hilton’s halfbacks, Christopher Roy and Horak continued to put the boot in with a sophisticated display of kicking out of hand. On the other hand, Michaelhouse’s scrumming game and physicality were just hitting boiling point and they weren’t done yet when giant no8, Wandile Mlaba obliterated a path across the try line to close the chasm to 23-15. The charged down conversion attempt by vice-captain Ayabonga Zakwe was the cause of many in the crowd reaching for their phones to catch an action replay on the live stream. The sides traded tries in the twilight minutes through replacement Kweyama and Smith for the home side to bring the curtain down on Hilton College’s winning 30-22 scoreline – a record eighth on the trot in the annals of this great rivalry. 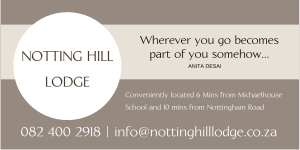