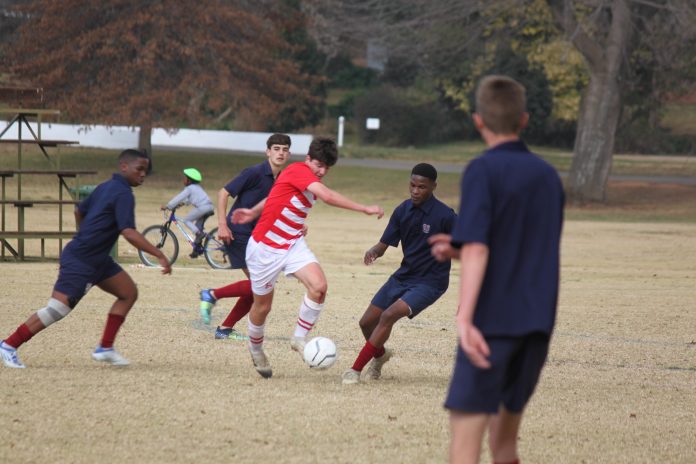 The Midlands Weather had the final say, as it so often does, on an otherwise idyllic day in Balgowan where Michaelhouse played host to visitors, Westville Boys’ High. The Lightning siren had the final say on the second XI football game being played out on Meadows with the two sides deadlocked at 1-1.

Earlier in the day, the hosts enjoyed the upper hand in the open age group fixtures between the two powerhouses of KwaZulu-Natal soccer, winning five and drawing the other three slated fixtures. 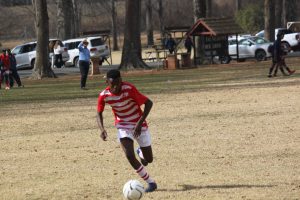 House’s U16 lads put the disappointment of last weekend behind them, recording a clean slate of results with three wins and three draws including a 1-1 arm wrestle in the A team clash. Where the U16s were untouchable, the U15 boys found their Westville counterparts to be a different kettle of fish, going down 1-2 in the A team game, and losing three more fixtures. An inspired 2-1 win for the U15D side the only ray of light for the hosts in the category. Westville’s U14A were a goal too good for the hosts, winning 2-1. Three draws and two losses wrapped up the results table for Michaelhouse in the age group. 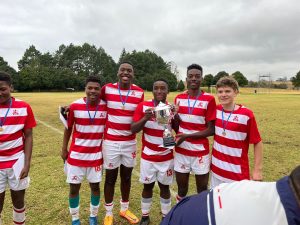 Down the N3 at Hilton College the boys from Balgowan’s jets started to fire in the Big 10 First XI Tournament.  Michaelhouse put a lacklustre first day, where 1-1 draws against both Westville and Northwood, which resulted in 4-5 losses in penalty shootouts, well and truly behind them. House made appreciative use of the lifeline of sneaking into the playoff rounds on Sunday, skittling the hosts 3-2, on their way to the semi-finals where despite dominating Maritzburg College, Michaelhouse were only able to come away with a 2-1 win. Regardless, the win was the entrée to an opportunity to bury the ghost of losing to St Charles in a penalty shootout which decided the last Maritzburg Cup final way back in 2019.  Michaelhouse’s resilience in defence patiently shifted the boot onto the other foot as Michaelhouse forced another penalty shoot-out with the full -ime score on 1-1. Michaelhouse keeper, Jason Lawrence, who enjoyed an outstanding tournament, having stoically saved a penalty himself, calmly converted the penalty to win the seal the championship win.

In sevens action, Michaelhouse’s first team had the cobwebs thoroughly dusted out of their gameplan, losing 7-33 to Westville in their opening game at the Riverside Complex in Durban North. Stung into action, they proceeded to dispatch Clifton College (50-0), Ashton College (31-0), St Charles (37-0), Michaelhouse seconds (24-0), before sweeping Hilton College aside (33-0) to wrap up the day’s play. Michaelhouse’s seconds, having gone down to their schoolmates, were also able to record a clean slate of wins without allowing any points in the against column. The third VII, punched way above their weight, winning two of their five fixtures against first team opposition, placing an exclamation mark firmly behind Michaelhouse’s long-established sevens pedigree!

On Inanda Dam, the Interschools Race produced more great results for the Michaelhouse Canoe Club, where Jack Shooter cruised over the finish line in first place with team mates Ross Butcher (6th), Dom Furby (8th), and Ruben Baldry (10th) finishing off a strong showing in the age group. Lucien Baldry claimed bronze in the U16 category with Craig Cribbins paddling into tenth place.