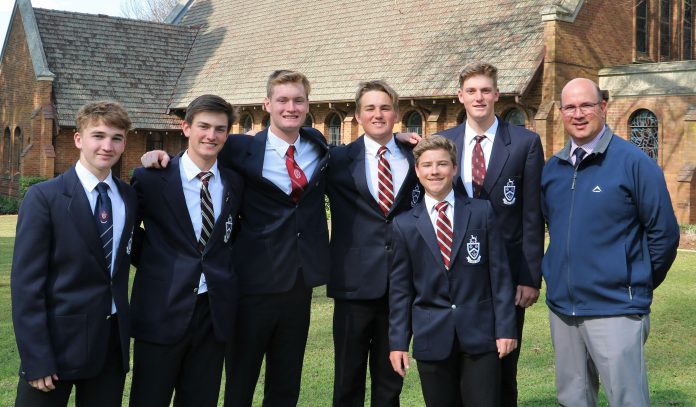 This weekend sees 22 of the country’s top primary and high school sides participating in the Kearsney Hockey Fives tournament.

Taking place at Kearsney from Friday to Monday (5-8 Aug), fast-paced action is expected as these young players showcase their talents in the fourth annual festival.

There is no charge for gate entrance and ample secure parking will be available.  For those wanting to enjoy a day of entertaining hockey, a variety of snacks and hot food will be available at the hockey Astro as well as the campus coffee shop.

For further information and fixtures, go to www.kearsney.com

Saturday saw the start of Rugby 7’s season, with Kearsney travelling to Riverside to compete in the Clifton School 7’s festival.

The Kearsney boys got off to a slow start in their opening fixture against Michaelhouse B, but gained momentum as the pool fixtures progressed.  All three wins in the pool stages meant a semi-final against the hosts.

The boys were up against it after trailing 19-7 at the break.  Taking control of the second half, the comeback was on, and Kearsney pipped Clifton 21-19.

Kearsney progressed to the Cup final, but with fatigue and injuries having set in, they were undone 7-45 by a well-drilled Westville side.

Kearsney College’s 1st golf team were overall winners of the KZN Schools Golf Championships, after a first round tie with Hilton. Kearsney beat Hilton by five shots to win the Championships in which 11 schools participated.

Kearsney’s Matthew Gouws (Grade 9) had the joint best score of 73 for the morning round. He continued his form to shoot a second round of 73, finishing second overall in the individual competition.

The match between Kearsney and Hilton started with both teams getting a feel for each other.

Hilton had a place kick which the keeper passed to his fullback. After a number of touches, the ball went to the wing, who crossed it behind Kearsney’s defence, for the Hilton striker to get into the net for a 1-0 lead.

Hilton then played a through ball to the winger who had a one-on-one with the Kearsney keeper, and successfully get the ball into the Kearsney net. Hilton went into half-time 2-0 up.

A determined Kearsney started the second half continuously attacking the hosts. They missed numerous chances to score, with the strikers struggling to find the back of the net. Kearsney received a corner late in the game, which Josh Owen kicked into the top of the net, leaving the Hilton keeper with no chance. This took the score to 2-1.

Kearsney attacked until the last minute, but Hilton was able to hold off to keep the 2-1 lead and end victorious.