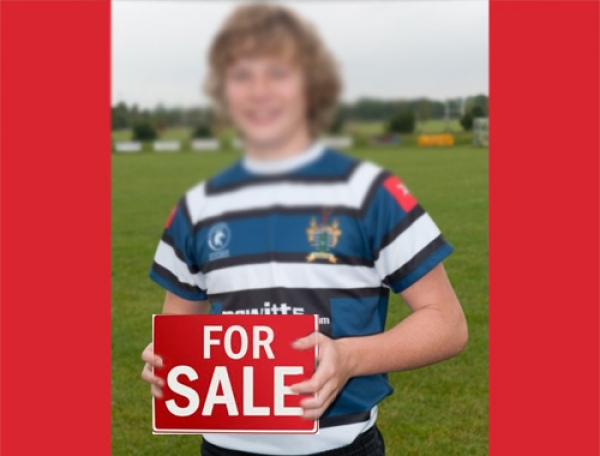 Okay so let me get straight to the point. I will be writing this article without mentioning any school names during the process. We all know it is going on and our conscience tells us something needs to be done. If we start throwing out school names then we risk some schools becoming defensive or giving ammunition for others which really is not the purpose of the article. I will not even be mentioning a schools name in this article even if I were to praise them.

However saying nothing on this topic is in my mind a sin against all those who believe so strongly about schoolboy rugby. I happen to be one of those people. However we invite your feedback as some people also feel strongly that nothing really is ethically wrong with this practise.
Over the last few years the art of luring a player from one school to another has become a very debatable topic. Some are for it and some are against it. I have managed to find pros and cons for whatever side of the fence you might be leaning towards. In doing the research for this article I have heard some of the most outrageous stories of how schools will try persuade a player to leave his current school in order to play for another school.

Stories that are floating around at the moment are of a great concern. The stories may not be entirely true, only those schools involved in this shambles will know what really is going on behind the scenes. The concern comes when you regularly hear more and more of the same type of stories occurring. I’ve heard of a school ‘stealing’ up to 9 players from another schools 2nd team to enhance their first team for the following year.

Another coach has openly expressed that one of his players this year played for 3 different schools in 3 consecutive weekends, each school giving better offers. To me this is absolutely crazy. What is schoolboy rugby coming to in this country? South Africa is renowned for the strength of its schoolboy rugby, its purity and tradition brings thousands of spectators to watch games that have in some instances a century of tradition. If we let professionalism creep into schoolboy rugby we risk losing what so many cherish.

The most insane link to professionalism came when I heard an U14 players parents turning down a full scholarship to a fantastic school because another school had made a better offer for their outstanding sons ‘services’. What was the offer? Only a house for the family and a job that the father couldn’t refuse. My goodness this is absurd stuff. When a school starts offering a 14 year old boy such incentives then we really need to think in what direction is schoolboy rugby heading? Sadly this is by no means an isolated case.

I found an article on a respected rugby website that didn’t even try hiding the fact that the school approached a player. ‘At the end of Grade 10 the famous X School in Y town came knocking and (the player) felt he needed a change’. This player moved from an elite school to another elite school. Why the player thought he needed a change is anyone’s guess however we can be pretty assured the change wasn’t without substantial incentives.

While interviewing a coach of a very successful first team earlier this year he openly expressed that the school was recruiting players for next year’s all important season. This openness towards the ‘buying’ of players shows that we are starting to accept it as the norm.

I certainly would not watch my old schools first team if I knew we had ‘bought’ any players. I would find no point in it. I go watch my school play because I know of its steep traditions, the love the school has for rugby and the manner in which we represent the game. ‘Buying’ talented players from another school that has nurtured a player for many years seems so immoral and against everything schoolboy rugby is.

Another inexcusable spin off from ‘buying’ a player is that the player who is ‘bought’ will take a place of a boy who has worked his whole school career to play for his schools first team. That boy will lose respect for his school, the value of hard work and for rugby.

There are however instances where I will support the acquisition of a player, and there is an extreme fine line in this aspect. If a school finds a talented youngster from a developing area and offers him a bursary then I see no problem with this. This will benefit the boy in every respect. He will firstly get a better education; he will benefit from the better facilities at his disposal and will become part of an institution that is rated so highly.

The huge problem I have is when a player is ‘bought’ from an elite school by another elite school. There is no significant enhancement in education and sport that will benefit the boy from moving schools. If a player is a standout player, he will get noticed regardless of what school he plays for.  The only enhancement from the acquisition of the boy is the financial gain that the parents will receive. There is no doubt that this is too hard an offer for parents sometimes to refuse. I’m not saying I have the solution to this problem however if schoolboy rugby wants to remain pure there needs to be control over the movement of players.

With rugby becoming such a professional sport in the last 15 years I guess you could see this coming, however only roughly 10% of schoolboy players will go on to play seriously after school. This percentage is far too low to be making schoolboy rugby so professional. If 9 out of 10 players will not play rugby after school is there a need to have such an emphasis on the success of your schools first team?

We will start to see less and less of smaller schools beating their more fancied opponents. You will begin to notice a boring trend of domination that will squeak out schools who can’t afford to ‘buy’ the biggest stars. Let’s admit that even the Currie Cup gets a little tedious knowing that only 5 top teams exist and the other 3 are there just to make up the numbers. This all comes down to financial power of the unions. A similar situation could arise at schoolboy level.

We need to do everything in our power to prevent such a situation. We can all try to pretend that nothing is happening and sweep it under the carpet. However if you have any love for this game and the grassroots level of it you will surely agree that the direction in which it is going is becoming more and more off course. Hopefully schools will realise after all that rugby is just a game played for the enjoyment and camaraderie it brings with it and that education should be treated as a higher priority in a country that has a dismal matric pass rate and a sky high unemployment level.

Obviously you might well have a different viewpoint and we invite your comments. Is this something we should just accept because sport is not so professional or should there be some control over the movement of players?