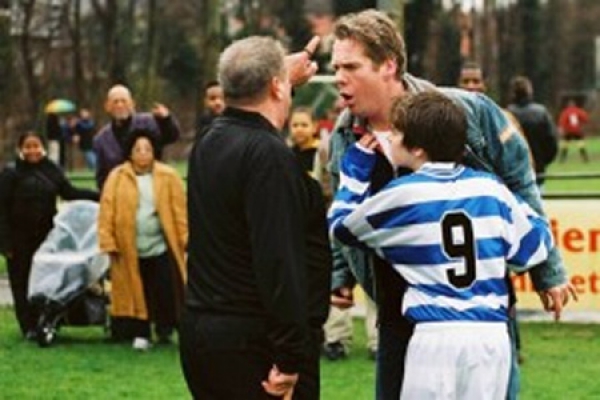 At times, schools do ban parents from sports matches for verbally and at times physically abusing the match officials or coaches, but this time Pridwin Prep has taken the sweeping action of expelling two of its learners due to their father’s allegedly offensive antics on the sports field.

The father who has a six year old and 10 year old, who were expelled at the end of 2016, has now taken this up with the High Court in Johannesburg to put pressure on the school to reverse his decision which is being argued as “unconstitutional, unlawful and invalid.”

To back up their claim the school has produced plenty of affadavits from its staff and match officials that evokes an image of a parent that is offensive, antagonistic and confrontational.

During one U9 cricket match for example in November 2015, umpire Kgomotso Mokoebe allegedly was confronted by the parent while he was making his way to the toilet. The parent informed Mokoebe that he had made a mistake in giving a boy out. Mokoebe denied the claim stating that he was in a better position to make the decision but the parent was insistent that a mistake had been made. The umpire contends that the parent became aggressive and swore at him, saying: “You fat f**k, you don’t respect parents.”

According to the father however he merely claims to have politely raised a concern over the decision and in a “stern and raised voice” told the umpire that his behaviour was inappropriate.

Headmaster, Selwyn Marx arrived on the scene after hearing about the episode and told the parent in writing that his conduct was unacceptable. The parent allegedly responded: “The cricket umpires are not gods, where I come from if an umpire made a bad decision they would take a cricket stump out of the ground and stab him.”

Judgement on the case has been reserved.

However each year similar incidences about parents unruly behaviour raises its ugly head. Parents were apparently involved in heated arguments during a rugby match between Rustenburg and EG Jansen.

Rugby Coach at Noordheuwel, Hans Coetzee admits that the behaviour of parents at rugby matches is on a downward spiral saying: “It’s a big problem and I am really worried. It’s also related to the abuse of liquor during the games. People don’t think clearly and make remarks that are inappropriate. If schools don’t take strict measures it can get out of hand.”

It is often the saddest part of any school sporting event to see parents embarrassing their children and themselves as they shout out aggressively at coaches, opposing players and match officials. The rise of the ugly parents seems to be at an all time high.  How can it be stopped and should schools be empowered to expel learners because of their parent’s behaviour?