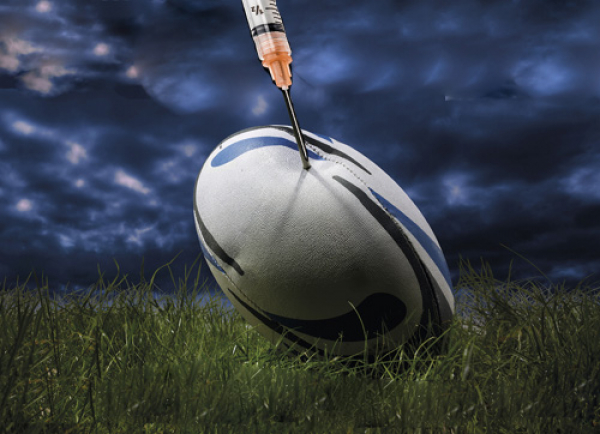 For some it may have come as a shock that six Craven Week rugby players tested positive for steroids at this year’s Craven Week Tournament for others it came as no surprise at all.

Apparently a total of 122 players were randomly selected to be tested before and during the School rugby showpiece that was held this year at Paarl Boys High in July. Considering that there were more than 400 players at the tournament only about 25% got tested and 5% of those tested, tested positive for taking steroids. Which means that with that ratio potentially more than 20 players could well have taken part in Craven Week doped up, which would mean that probably every team had at least one player who was cheating.

However this is not a new phenomena, for year’s steroids at school and particularly in rugby has been rife and yet we still don’t have much hope that this situation is under control or being stopped.

As reported, Khalid Galant who is the Chief Executive of the SA Institute for Drug Free Sport, mentioned that the concern is that each of the six doped players, “tested positive for a cocktail of steroids. They could have been injected, who’s injecting these kids. Are those people coming onto school premises?”

Although those are real concerns is it not too naive to believe that people are coming onto the school premises pushing these steroids? Anyone who attends the local gym knows that they can get enough information about how to get their hands on steroids without having to hide in dark corners at school. Steroids in society are rife and easily obtained if someone is really wanting to get them.

Khalid Galant admits that drug testing at schools “has to be initiated by the headmaster, and the headmaster can only initiate it based on suspicion.” Although we all hope that headmasters will acted speedily and honestly when a suspicion arises, are we not expecting too much from a headmaster in this regard. It would be a huge call for a headmaster to trigger a drug test on a few star players which could lead to his team losing matches and the backlash that comes with that. Would it not be easier for a headmaster to ‘learn’ not to be suspicious at all?

As Galant says, “school rugby has become so commercialised and the stakes are high,” how can we fully expect the headmaster to ensure each of his players are drug free. It would be the same as SARU leaving the testing of provincial players up to the discretion of the CEO of each union.

Sadly despite players apparently being briefed on the dangers of doping each season the message does not seem to be getting through. There are talks that increased testing could be the answer but that has been done for ages. Is it not time to tackle the problem with a little more enthusiasm like the World Anti-Doping Agency (WADA) recently did when they took the unheard of move of banning the entire Russian track and field delegation of athletes on grounds of systematic doping? WADA works on the premise of strict liability, which means that athletes are deemed guilty whether or not they realised that they had taken a banned substance.

Certainly a headmaster’s “levels of suspicions” would be heightened if his entire school and all its sports codes were banned for year if just one player in the school was caught doping. But would that ever happen?