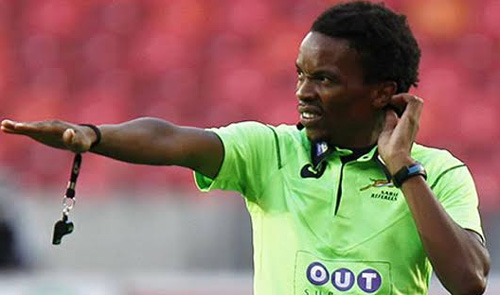 Last weekend in the match between Paul Roos Gym and Bishops an unfortunate incident took place which has landed a PRG player in hot water.

It was near the end of the match, which was televised live on SuperSport, that a PRG player made as if he was about to hit the First Class referee Rasta Rasivhenge with his shoulder.

Bishops who have not beaten Paul Roos Gym in over ten years put together one of their finest matches and won easily at the end 36-13. Clearly to the frustration of Paul Roos.

However, following a try that Bishops scored between the poles in the final seconds of the match, a PRG player pretended to dip his shoulder towards referee Rasivhenge  as he ran past him on his way to supervise the conversion.

No contact was made between player and official however referee Rasta Rasivhenge was having none of it and clearly warned the player, “if I put it in the match report, your rugby career could be over. You know that? I have respect for you, and you have respect for me.”

PRG have apparently taken some action against the player who appears has been warned previously for other controversial offenses.

However, as no contact was made is a mountain being made out of a molehill? Was it just a silly reaction to a frustrated situation? Or should schools be applauded for taking action against any player who puts the game and their school in a bad light?