Home Sports Rugby Rugby: Is This the Greatest Boishaai Side Ever? 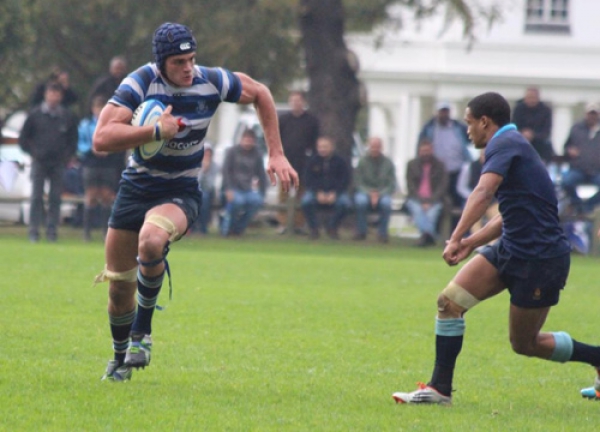 There’s no easy answer, but this is what is asked when

Boishaai have made an incredible impression this year and although one always expects them to be a powerhouse, even by their high standards they have achieved what few teams could ever dream of.

All the traditional big guns have fallen by the wayside in their attempt to beat Paarl Boys High; Boland Landbou, Monnas, Outeniqua, Grey College, Rondebosch, you name them they all have learnt a powerful lesson when taking on Boishaai, that this is a very special team that doesn’t know how to give up.

They are a team that has held onto its nerve it some very tight encounters, a team that has defended their try line as if their lives depended on it and a team that has produced some breath-taking moves which has left the opposition applauding out of respect of the brilliance they have observed.

Greatness is a word that is often used too loosely in describing a team, but when a group of athletes are able to come together and defy impossible odds, their exploits are forever cemented in sports scripture and perhaps the word “great” is one that should rightly be applied.

Yet as the story goes, Cinderella shacked up with the prince and got to live blissfully in the castle happily ever after. But no team that turns into a pumpkin at midnight gets to be called the greatest and enjoy a fairy tale ending to their season.

So Boishaai will be focused on the rest of the season and the two remaining ugly sisters in the form of Paul Roos Gym and Paarl Gim who will present perhaps their biggest tests yet before the clock strikes twelve.

But if this team of winners can continue to produce what has been some of finest schoolboy rugby of the year, then maybe just maybe they will be able to look back on what would have been one of their most memorable journeys and possibly then they could take their place amongst some of the greatest First XV’s to have represented Paarl Boys High.