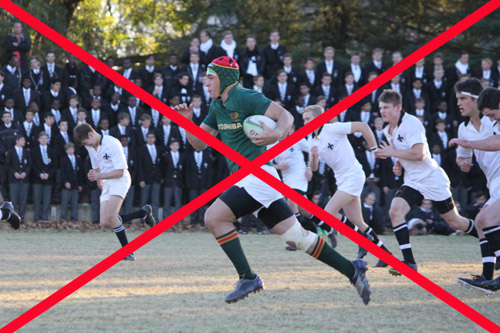 This season saw the Hilton College First XV beaten 67-7, their U16’s 52-0, U15’s 52-0 and their U14’s 61-3 in what proved to be one of the biggest mismatches of the season between two traditionally strong rugby schools.

However, Hilton College’s Head Master, in a statement mentioned that “after careful consideration [we have] decided to discontinue all rugby fixtures against Glenwood High School for the foreseeable future. The simple reason for this decision is that Glenwood’s fairly recent strategy has, in our firm opinion, now moved them into a different league.   Apart from the increased risk of injury, which is associated with such mismatches, we see no educational value (for any of the players) in playing matches where the contest is decidedly one-sided.

I have spoken openly to the Headmaster of Glenwood about this and have made it clear that these are the only reasons for our decision.  There is no animosity between our two schools.  Hilton College would welcome, should Glenwood so choose, continuing to play fixtures against them in other sports.”

Although Glenwood will most likely not miss the fixture it is a sad day when schools, who have had a history of putting on some great spectacles of school rugby in the past, now feel forced to end such a long standing tradition for these reasons.