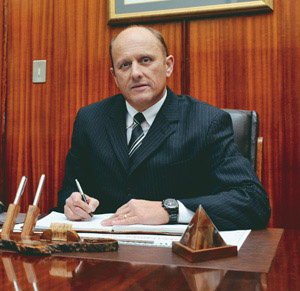 Firstly let’s recap on what Hilton College said are the reasons for discontinuing rugby ties with Glenwood.

They mentioned that Glenwood has:

Those are some pretty interesting claims but ones that to a certain extent can be supported by the results of the 2014 fixtures between the two schools. Take a look at what transpired this season on the rugby field:

It is clear that Hilton College were on the receiving end of some pretty big defeats (although their 5th and 6th team had good wins). The question is; should these types of results lead a school to pull out of facing Glenwood in the future? What would the famous players from Hilton like Springbok Captain’s Bob Skinstad and Gary Teichmann think? Can players from Hilton still be considered for Craven, Academy or Grant Khomo Weeks if they do not play one of the strongest teams in the province?

We asked the Headmaster of Glenwood, Mr Trevor Kershaw for his reaction to the situation. After considering the future without a Hilton College match on the fixture list, Kershaw admitted that he was, “very disappointed but we respect their decision and we understand their reasoning on the matter.”

What about the claim from Hilton that Glenwood’s strategy has moved them into a different category and that this has increased the risk of injury? Trevor Kershaw did not agree that Glenwood had a different strategy that increased the injury risk saying, “no, I doubt it and this is difficult to quantify. I cannot comment for Hilton [but] for Glenwood, we are trying hard to compete at a National level and ensure that we feed good players into the KZN Teams in all fields of endeavour. That is our strategy.”

Perhaps that statement is closer to what we are really discussing here. Glenwood do have a strategy, their modus operandi is to compete not just on a provincial level, but on a higher plane, on a National level. With the objective of providing quality players to the KwaZulu-Natal teams.

Could it be that Hilton College believe that a school that has that strategy or objective has now moved, as they said, “into another category?” And if this is the case should a finger be pointed at Glenwood for embarking on this policy that will ultimately improve the sport in the country? Alternatively should a school like Glenwood be a feeder to the provincial structures?

It is clear that nobody wants to see two traditional rivals go their separate ways but one is forced to wonder if a Hilton vs Glenwood rugby match will ever be played again as there is little likelihood of Glenwood changing their strategy just to accommodate another school who doesn’t share their vision.

It does also beg the question, that if other schools also start beating Hilton in 2015 as dominantly, would they be forced to also withdraw from future fixtures, leaving one of South Africa’s most famous schools with even fewer opportunities to showcase their tradition?

Trevor Kershaw however was quietly optimistic when he considered the future of the two schools saying that, “the sooner we can play again, the better for KZN rugby.”