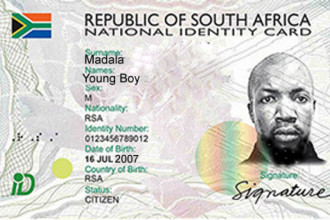 You couldn’t make it up!

First DHS and Glenwood draw swords and refuse to play each other as DHS accuse Glenwood of poaching 2 Grade 8 players from their school and now it turns out that Glenwood has now discovered that 4 of their 13 year old Grade 8’s are actually….17 years olds!

Haven’t we heard this all before? Yes back in 2014 Glenwood had an aging Siyabona Tom playing for them at flyhalf at the ripe old age of 21 years old and had been picked for the SA Schools team. Now it seems that history has repeated itself.

The sequel to Glenwood’s overage players continue with the Principal of Glenwood Prep , Noel Ingle, rushing out a statement where he makes a scandalous disclosure that two of their former pupils, who played in the unbeaten U13 Craven Week side in 2019 are in fact 17 years old!

This means that many 12 and 13 year olds last year were playing against boys that were 4 or 5 years older than they were. No wonder the U13 KZN side when unbeaten at Craven Week!

It has now been reported in the media that a bone-density test has now confirmed that they boys are 17 years old. To their credit it appears that Glenwood High School initiated the investigation into the ages of the boys and immediately have taken action against them.

This is sure to raise the anger from many.

How did the Glenwood Prep school and Glenwood High School get duped into believing this boys were 13 year olds when they were in fact17 ?

What about those players who did not get selected for the KZN U13 Craven Week side because they were overlooked in favour of these imposters?

It appears that this was a deliberate attempt at providing false documentation, what can legally done the parents and guardians who must have had full knowledge of this?

At least the disclosure of this before the rugby season gets underway has helped to avoid more blushes for Glenwood, but one can only wonder how many more overage players are slipping through the cracks.