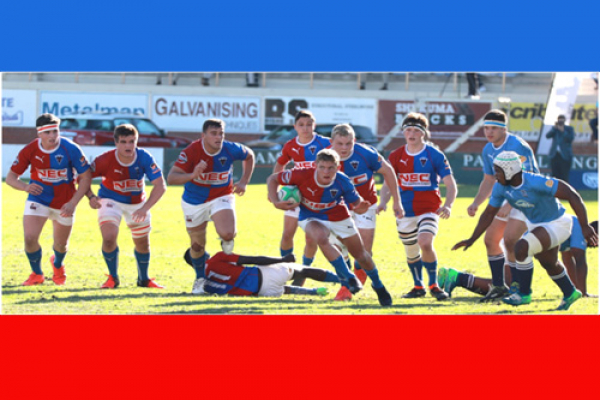 Framesby High School is a school in Port Elizabeth in the Eastern Cape who have been steadily become one of the top rugby schools in the country. The old school way.

In an age where it is no longer unusual to find that more than half a school’s first XV hails from another province and boarding establishments are packed with boys that did not come from the surrounding primary schools, Framesby High stands out as unique.

Every player in Framesby’s 1st and 2nd team group of 2019 has started their high school career in Grade 8 at Framesby High School. What is even more noteworthy is that 32 of them attended a primary school within a 10km radius of the school. Only a mere two players were not born in Port Elizabeth.

This means that not a single player in the school’s top teams comes from another region, not even from another city or town in the Eastern Cape. Additionally Framesby HS does not have a boarding establishment or host pupils in hostels.

All this while remaining competitive among the top rugby school in South Africa! Framsby has been ranked on average in 34th position over a 7 year period between 2012-2019 and SA School Sports ranked Framesby in 16th place in 2018 and so far in 2019 they are up with the leading teams in the country.

Opportunities for players to be tested against the best competition have been plenty. Framesby travelled to Japan for two consecutive years (2017 & 2018) to compete in the SANIX World Rugby Youth Tournament where they finished a respectable 7th and 6th. In addition their normal fixture list includes interschool rivalries with the likes of Grey High School, Oakdale, Boland Landbou, HTS Drostdy, Marlow and others. They also are regular participants at the Grey High School Rugby Festival, Kearsney College Festival, the Wildeklawer Tournament and the Graeme College Festival each year.

Obviously this does not come easy and it takes a huge effort and commitment by coaches and the boys, but isn’t this exactly the values the school boys need to learn? That through perseverance and commitment goals can be achieved against all odds.