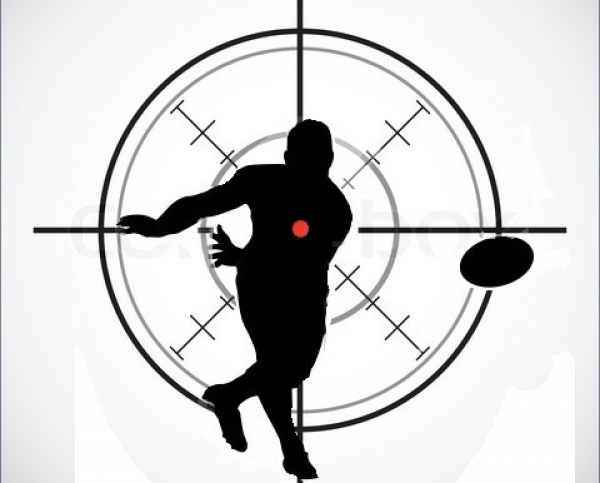 The Eastern Cape is blessed with a number of excellent schools which have produced many outstanding sportsmen since competitive sport found its way into the school programme…very much a way of life in much of South Africa for many generations. This has seen the development of an unsavoury situation where some rugby franchises see the Eastern Cape as fair game for offering financial enticement to lure promising (mostly) black players to uproot and turn their backs on their culture, heritage and the schools where their talent was unearthed and nurtured in the first place. The Grant Khomo Week for U16 interprovincial rugby is one of the hunting grounds for scouts from certain franchises who effectively use certain performing schools in our province as rich pickings for talent for their programmes. One wonders why the talent in these luring (or carrot-dangling provinces) at school level is not considered to be good enough.

Where does the ‘Faust Legend’ have relevance and how is the collective soul of those responsible for this reprehensible practice resonating with Mephistopheles’s unholy pact with the devil?

Young men are approached in a clandestine way either at or shortly after the Grant Khomo Week. They are made financial offers which include free schooling, all expenses paid, clothing and a significant monthly payment for a contractual commitment to the franchise in question. They are strongly encouraged to keep the knowledge of these negotiations from their schools and often disappear during the third term break…..this happened at our school on two occasions in recent years when two of our top black rugby players were placed in a Pretoria school two years in a row.

A similar scenario is being played out right now.

One of our outstanding players who played a leading role in the success of the Border U16 team at the July Grant Khomo Week has been made an offer to leave our school at the end of Grade 10 to go to a particular school in Durban, paid for by a northern franchise….does this reflect the integrity we try to instill in our youth? Previously that franchise chose only schools which were within their own provincial area. The Deputy Principal responsible for admissions at that KZN school was scathing in his criticism of the practice. He said that they would have to get past him first, did some research and uncovered the devious way in which the franchise picks certain schools to take the uprooted players to secure them for short-term gain. Is this practice defensible and educationally sound? Or does it smack of self-seeking acquisition of the sporting performers and cream from schools which have a proven ability to produce sportsmen who can make it to the top, and have done so over all the years? Is this greed?

For obvious reasons schools take umbrage when they lose talented and performing players which their systems have developed and nurtured for many years, through the hard work of numerous coaches who plough time and effort into these youngsters’ lives, for little or no remuneration. This is particularly acute when the process teaches these young men the lesson that young talent is for sale, that loyalty counts for very little and that the value of family life and comfortable school experiences can be prostituted on the altar of a promised rugby future. Does this possibly constitute the selling of one’s soul to the devil? Is it educationally sound and in the interests of the young men for whose healthy development we are responsible.

The following quotes from the Principals of some of the prominent Border schools which have been adversely affected by this iniquitous system highlight the extent to which our province is being drained of talent and skills which we have developed:

“ Queen’s College is a school with a tremendous history and tradition. Our boys are extremely loyal and we pride ourselves on the real family atmosphere that exists in our school. Rugby plays a very important role in our extra-curricular program and in the life of the school. We compete against the best in the country and hold our own. We have excellent coaching structures and this is borne out by our many Old Boys who are currently excelling for many different professional franchises around the country. There is no good reason for any Queenian to leave the school before Matric. It can only occur through trickery and greed on the part of those involved in this unsavoury practice. Promises are made which are often not fulfilled and pressure is placed on unsuspecting parents. In reality it points to the dismal failure of these unions to develop the game at grassroots level in their own provinces. Their solution to their failure is to then recruit/poach/steal the necessary players from provinces and schools  where this is being achieved. That this is being done with the help of Headmasters in certain schools is sickening to say the least. Our school and community abhors this practice and will do everything in our power to ensure that it does not happen to us in future.”

According to Mr Mike Eddy:

“Within this year, 2013, two Dalians were lured by the Kings franchise. The first pupil went to a PE school in February. This pupil failed to secure a regular first team starting position at the PE school, although he would definitely have been a first team player at Dale. He was also a top cricketer for Dale, which was an additional bitter pill to swallow. The second pupil left last week to attend a private school in Grahamstown. This pupil will not be expected to write the grade 11 promotion exams, yet he, allegedly, will be in grade 12 in 2014! Talk of selling one’s soul! Perhaps the time has come to call off the proposed fixture against schools which engage in this practice.”

Mr Warwick Osmond (Deputy Principal) added: “Perhaps an interesting and topical case in point is that of Skara Ntubeni. Ntubeni was poached from Dale by the Lions. He is one of ours, although the school he went to in Johannesburg would like to claim him as one of theirs.”

Mr Sam Gunn, Headmaster of Selborne College confirms that his school has also been at the receiving end of these questionable practices. “Over a period of five years, some seven boys have been encouraged through offers made by Northern Unions, or by schools themselves to continue their schooling North of the Vaal River.” He and a number of other head teachers are gravely concerned that the narrow focus on a single activity where a young person may be talented, has a strong likelihood of negating a more broad based and balanced development in such a youngster. He is of the opinion that sports codes that follow this route, may well find that despite particular talents in the area concerned, youngsters who are isolated into any narrow field, may never reach their full potential in that field because of deficiencies in their general make up.

By all means let franchises identify and secure potential future players….but leave them where they are until they complete their schooling. Offer them the packages that have become customary if that is perceived to be essential. Let them grow and mature in the systems that have produced them. Let history not judge us harshly as a nation that sells its educational and sporting soul to the devil.