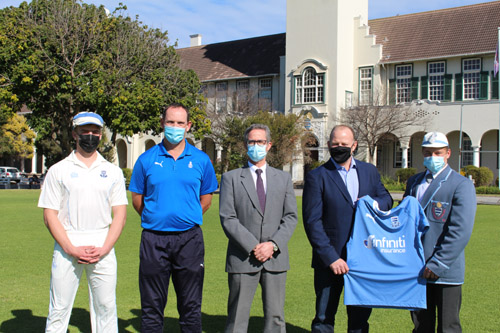 Ex-Springbok Robbie Kempson is set to join Grey High School as Director of Rugby in 2022.

Capped 37 times for the Springboks, Robbie Kempson joins the Gqeberha school after his long tenure at the EP Kings. After a highly successful playing career which took him from the Sharks to Western Province and then to Irish province Ulster, Kempson became involved in professional coaching in 2007.

Kempson has been heavily involved with the EP Kings since 2010 in roles varying from the Head of their Academy to Head Coach of the Southern Kings. His passion for the development of both players and coaches will stand him in good stead at Grey High.

The Grey HS cricket has also received a boost with the appoint of a new Director in Deon Kruis.

Deon Kruis also enjoyed a distinguished playing career of 20 seasons of first class Cricket, taking over 400 wickets. Having played for Northerns, Griquas and Free State in South Africa, he also had a five-year stint with Yorkshire County Cricket Club. He has since turned to coaching, consulting for both North West University and Northern Cape, and is also part of the Supersport commentary team. Deon has a wealth of cricketing experience and will add a great deal of value to the Grey Cricket Coaching department. Deon Kruis commented “It is an honour to be involved with Grey High with all the years of history and culture. I will try to bring a new perspective to an already great system.”