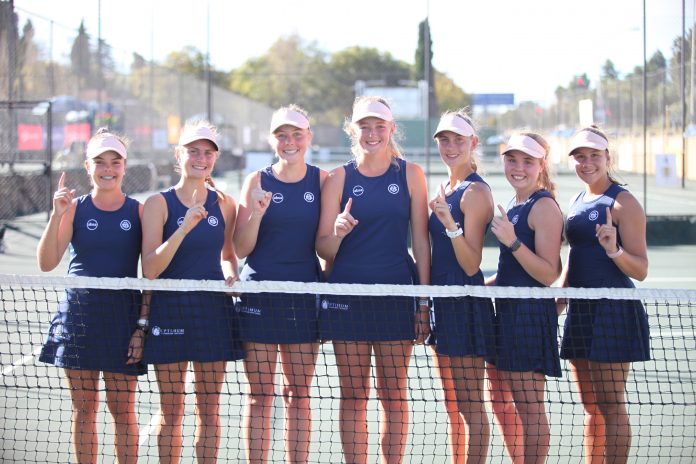 This was after they beat Bloemhof Girls’ High School from Stellenbosch 5-1 in the final of the ITEC Amanda Coetzer tennis tournament on Saturday in Bloemfontein. Oranje Meisies also won the Gerrie Berner tournament at Paarl in March.

Orange has now won 5 of the last 9 Amanda Coetzer tournaments where most of the country’s leading teams are in action. The Oranje girls last won both mentioned tournaments in the same year in 2015.

Over the weekend eight of the very best teams in South Africa were in action and Oranje Meisies claimed the number one spot.