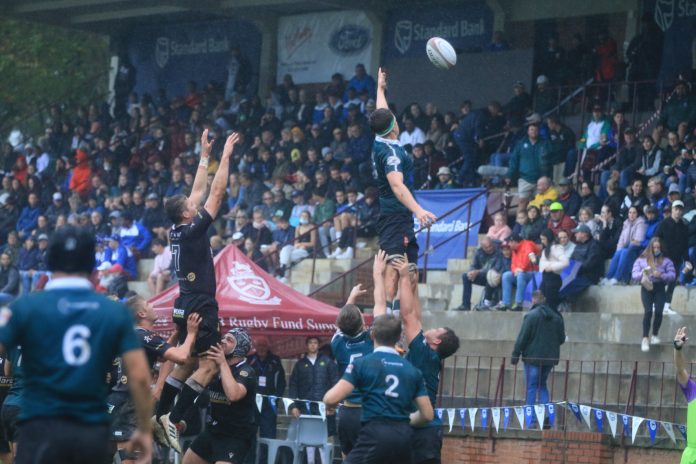 The second match at Kearsney took place as the rain continued to fall.  Field conditions were still reasonable but the wet conditions made handling difficult.

Marlow arguably adapted to the conditions better than the Monument players.  Both teams had opportunities but a vital mistake meant neither got near the try-line.

After 17 minutes, Marlow eighthman Burrie van Heerden broke from a melee of players and sprinted 50m down the centre of the field to dot down under the crossbar. Monument, who had been on attack had no cover defence, leaving Van Heerden to use his pace to outstrip the chasers. Aiden de Villiers kicked the easy conversion for Marlow to lead 7-0.

Monument kicked for the corner following a penalty where a Marlow player received a yellow card. From the lineout Monnas drove and with their pack weight superior, drove over the line with lock HJ de Beer scoring. The conversion was missed, leaving Marlow 7-5 in the lead.

Monument became more desperate as the minutes went on and had numerous attempts to score with their driving mauls. Marlow managed to stop them until the final minutes when Monument were awarded a penalty on the 5m line. This time a tap penalty went to wing Christi Botes who dived over. It was converted by Arie van der Walt for Monument to win 12-7 in a very exciting end to the game.