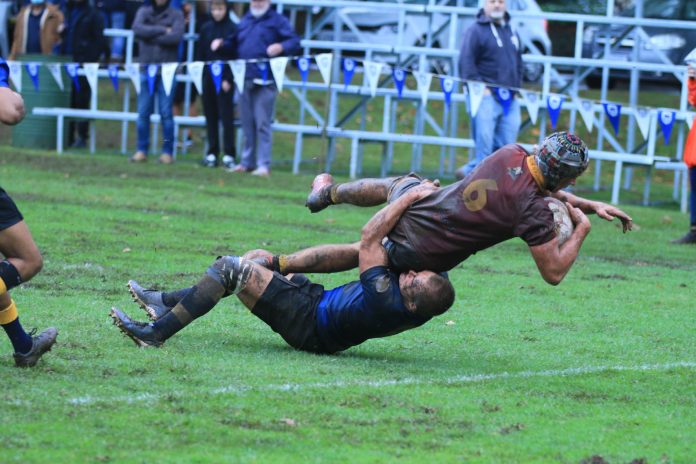 With both territory and possession belonging to DHS against Dr EG Jansen, it was inevitable that DHS would get points on the board first. This they did when flyhalf Deano Boesak scored a good try, evading the cover defence. He did not convert his try, but DHS went into an important 5-0 lead.

A rolling maul of about 15m ended when DHS hooker Christian Everitt came up with the ball after crossing the line. Again, the conversion went wide, and the Durban boys held a 10-point lead.

Continued pressure ended when a kick ahead by Tholithemba Sibisi resulted in an EG Jansen player diving over him, giving away a penalty try for a 17-0 lead.

With time up on the clock for the first half, EG Jansen were awarded a penalty which vice-captain Jaydon Bantom converted. The KZN side lead 17-3 at the break.

The second half saw EG Jansen up their game as they applied more pressure. After 10 minutes they were rewarded when Swart went over in a flurry of bodies, to narrow the gap to 10-17 when the try was converted by Bantom.

Dr EG Jansen continued with their pressure and again the scored with flank Nathan Mathee diving over after a lineout. The conversion was wide but the score line had narrowed to 15-17 in DHS’s favour. DHS then increased their lead with eight minutes remaining when Boesak added a penalty to make the score 20-15.

The score remained the same until the finial whistle although again both sides came close to scoring in a tight and exciting finish.